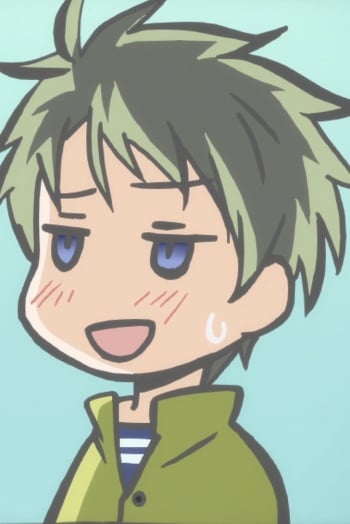 If you're looking for anime similar to The Kawai Complex Guide to Manors and Hostel Behavior Specials, you might like these titles.

It is the 19th century, and a young woman named "Miss China" runs the Tenkai boarding house and restaurant by the seaside. Her tenants are an unreliable bunch: Breckenridge, a crazy old inventor who always manages to pay his rent late, and Jim, the local watch-store apprentice who has caught China's eye. With the creation of a special invention, Jim's plans to give China the most beautiful ring in the world finally become a reality. Join the trio as they travel to the moon and back, and experience the spirit of wonder.

The story follows Yurume, an 18-year-old high school graduate who has yet to be accepted into college. In an effort to study for exams, she moves to Maison du Wish, an apartment complex on the outskirts of Tokyo which is full of other out-of-school "rōnin." Maybe that has something to do with the rumor about Maison du Wish: no one who lives there passes the entrance exam.

Yurume's everyday life living at the Maison du Wish continues. Her neighbour Sae's strict little sister comes to live with them, and she will not leave until her older sister finally unpacks all the boxes and cleans up the mess in her apartment. Life around Yurume becomes crazier, ever so slightly.

Yusaku Godai is a ronin – a person who failed his entrance exams. Though eager for a second chance to succeed, Yusaku’s attempts to study for future exams are constantly thwarted by his fellow residents at Maison Ikkoku, who insist on using his apartment for their debauchery and drinking games. Though tempted to call it quits at the house, things change when Maison Ikkoku’s beautiful new building manager, Kyoko, arrives. With plenty of competition from the sidelines and interference from his drunken and provocative neighbors, Yusaku must now focus his energy on winning the girl of his dreams, Kyoko.