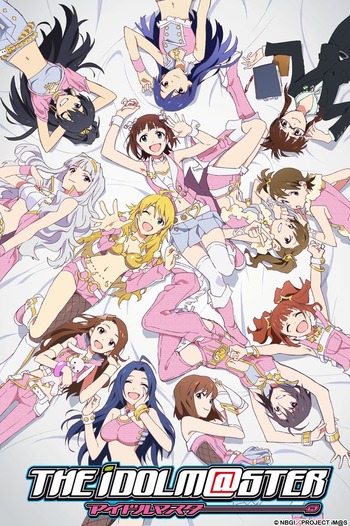 Should you watch this show?  Yes.

The [email protected] starts off as a good show.  Nobody who paid any attention would call it great, but it definitely becomes a dang good show during its last third.  It spends most of its time being very episodic and with a particularly misleading first episode (it seems that the show will be a reality show, but don't worry, it turns into a normal anime after episode 1), I can understand why some people would stop watching very early.  But this show deserves some love.

The characters are all interesting in their own way, all of the ones that you get backstory on are very real and relatable, and none of them are so outlandish that it's off-putting.  The problem is that there are 13 main characters.  That's right.  13 of them.  Between the twelve idols and the producer, and the less important-but-still-there trainer/producer and secretary, there isn't a whole lot of time to really fall in love with the cast.  But chances are with a cast of that size, you'll find that type of character that you already like.

The only thing in this show that is definitely not up to par is the animation.  Visually it's a little choppy compared to most other shows and anybody further than about ten feet away has almost no face at all.  It's clear that a lot more care than normal was put into the characters when they are dancing and singing.  Honestly though, it sounds worse than it is.  The background characters are all as detailed as the mains, sometimes more so.  This studio didn't skimp when it came to background characters, though their animals could use a little work.  This is the only thing that I can really hammer the show for, however.

Okay, that was a little bit of a lie.  Remember how I said this show was episodic?  There are a couple of times where the writers decided that they didn't want to deal with realism and opted instead for an outrageous story.  But that's only a couple of times.  For the most part the stories are cute and relatable, generally the stories do a good job of helping you understand the way a character works or why they are the way they are.  One of my favorite examples is Yayoi, the little orange-haired girl.  This story not only shows you why she does what she does, but also shows some serious growth on part of another character in the show.  Generally the show gives one episode per character so that you get a chance to bond with them all. Towards the end the show however, it gets a serious sense of continuity and the story becomes very good.

This show also does a good job of showing the not-glamorous side of show business.  Granted it is still a glamorized version.  Take away the meaningful relationships and the nice man in charge and the first half of the show is kind of what you can expect if you want to be an "idol."  The frustrations that go along with it, the drama, the uncertainty, these are all shown in the anime.  And the girls handle them in very realistic ways, more often than not.  One girl is extremely shy, so she is extremely anxious about her first performance, and it's only through the encouragement of her producer and the support of her friends that she is able to overcome the shyness, for that show at least.  The girls deal with the jealousy of watching their friends become more famous than they, and some handle it better than others.  We see people do things that they don't want to do, but since it's their job, they do it with a smile on their face.  This is show business, and it is portrayed very well in this show.

Now on to the topic of the music in the show.  This is a show about idols, after all.  The songs are alright.  I really enjoyed a few of them, but none of them are amazing.  However, they all fit the situations that they are used in perfectly and they often really drive the emotions of the characters home.  So I cannot fault the show too much in this department.  It does a lot more with music than most shows do, and with much better results, especially later in the show.

My recommendation is that this anime deserves a shot, at the least.  The first episode does nothing but introduce the cast, once that is over, you get into the stories.  Give it a shot, if you get to the end you won't regret watching the show, I can promise you that.  I've never wanted to start fan-dubbing as much as I did when I finished this show. 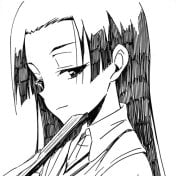 When reading the synopsis and viewing the picture for this show it leaves an implication that it isn’t trying to be anything ambitious and merely be another cash-in on the moé franchise of the anime industry. The aim to make the viewer feel adoration toward its characters is not the problem in and of itself so much as the sheer volume of the cast creating issues with screen time. And with the story, animation, and music all being quite good, the large cast is perhaps the only major weakness this anime suffers from.

Part of the reason the large cast hurts the series is the method the narrative uses to characterize or develop everyone. While the spotlight episode approach highlights the personality, gimmick, or problems of the idol of the week, for most of the characters it is the only time to be truly seen by the viewer. Now if one were to assume that all thirteen or so characters each has a dedicated following, then the unbalanced exposure inevitably raises the question of why someone who likes a particular character should keep watching if two or more of his or her favorites are not present. Worse still, much of the development is wasted or artificially dictated as many of the reasons for starting a spotlight episode are never addressed again while the story arcs of others could only have happened due to the chronological events of the narrative instead of being moved by the cast itself. One could make the case for the aforementioned problems as a natural side-effect of having a few main characters and a whole host of side characters, which is true. However even among those whom the show usually focuses on outside of the spotlight episodes, this group typically cycles between a few of the cast members. The [email protected] doesn’t have enough focus to call anyone its main character or characters and it doesn’t spread its attention to everyone enough to be called an ensemble.

But if one is able to look past the wasted development and shafted characters, he or she might possibly find that to be the only problem with this show. The story itself might be familiar to some viewers but the sincerity in which the idols pursue their dream and the semi-realistic nature of their progress is uncommon to say the least. Some characters move from rehearsal to live performances faster than others, but nobody progresses from amateur to professional within the span of a single episode or even two or three. The fact that the most naturally gifted of the idols is not the first one to be drafted into a more independent trope highlights the reality of how even those with innate talent must hone his or her skill and avoid being complacent. Slowly but surely the thirteen idols come into their own and all of them become independent by the end of the series and there’s no noticeable jump from the lively 765 Pro, which indicates their beginning, to a vacant vicinity, which indicates them having gained the experience needed to move past that point; it’s a very subtle approach presented by a seemingly transparent narrative and it’s all the more impressive considering the thirteen different tracks of progress present.

And as the idols gradually improve and are able to perform in more and more concerts, the anime is able to showcase a stronger example of visuals. The offstage animation isn’t lazy in places it shouldn’t be, and that same effort for the scenes where not much happens is carried over into the scenes where a lot happens, which are the performances. The concerts are nothing short of an excellent visual presentation, with very visible, constantly active choreography where the movements aren’t reduced to blurbs seen from the view of a camera that weaves above and around the stage and between the characters. A-1 Pictures shows some serious effort here as it could have left the varied character designs entice the viewer into watching, but it seems the studio decided not to let the anime hinge on a single element.

Of course an anime with a premise such as this one wouldn’t be complete without music, something which the show constantly keeps in mind. This is where The [email protected] is at its best; every concert has a new song to sing, every idol has her own personal theme, every episode introduces a new tune. Every character song captures the personality of the idol it belongs to, whether it is the mischievous duo of Ami and Mami or the ever serious Chihaya, and retains its quality if only for the character associated with it. And with thirteen different idols it is almost a guarantee that someone will find a theme to like. The non-character tunes aren’t any less impressive either, as they summarize the general mood of each episode as the ending credits appear on the screen; there’s never a case of the music contradicting the mood, but it is guilty of consistently and thoroughly complementing the tone.

It would be a fair assumption to say that most of the people who would watch a show like this only have an interest in the characters, but unfortunately the development methods, screen time distribution, and prodigious size of the cast itself doesn’t make it the best show for an attractive character to entice the viewer. But if one is willing to look past that and watch it for its realistic and honest take on becoming and being an idol, he or she will find The [email protected] to be a very solid choice.