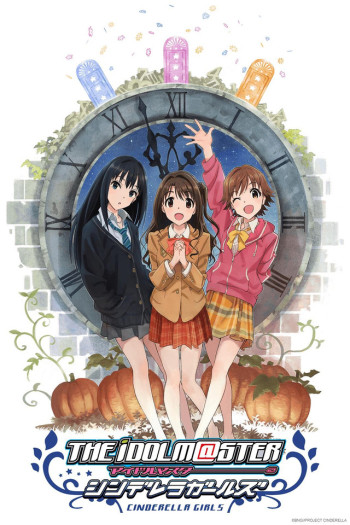 If you're looking for something cute and inspiring, look no further. Or add this one and keep searching, I'm not gonna tell you what to do. Good story and memorable characters never fail to make something amazing, and I just got done with the first part.

Each character - and by that I mean the girls and the Producer - all have their individual quirks that make them unique. Granted, there's only so much one can get to know in the span of 13 episodes, but for a cast of 14 main characters, you eventually learn to differentiate one from the other.

Only thing for such a cast of characters I would complain about is that there isn't an established main character. It starts the first episode introducing Shimamura, then it shifts to the Producer trying to recruit Shibuya, and later on once the unit is formed Honda becomes the leader of said unit. And right to the end, you keep asking yourself "Okay, so who's the main focus of this show? Mio? Producer? Rin?"

Then you realize that we get to learn about the entire cast of main girls, and once you look at it that way you realize that this show is about THEM as a whole. None of them stay in the background for long, not after there was an episode of each unit preparing for their big debut.

There are other shows about girls becoming idols, but don't compare this one to any of those. Just start the series and immerse yourself in this world. I enjoyed myself.