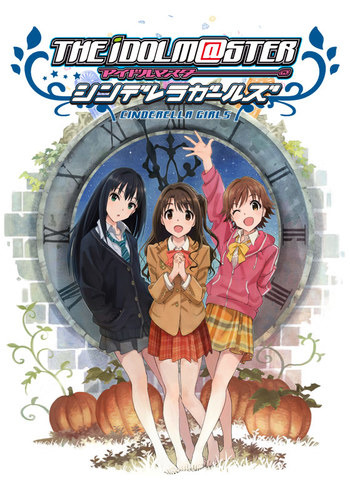 Well then. As it is unavoidable I'll directly compare to the fist season a lot in this short review. The anime itself starts of alright with a somewhat catching plot in the first two episodes. After that it has two less than spectacular episodes. Episode three of the first season is very dull indeed in my opinion. As soon as the rest of the cast is introduced the series starts to accelerate. Still the series as a whole makes some odd choices here and there. The first season suffers from too many still frames to save budget especially.

In terms of plot it feels like a less impressive version of the first real idolmasters anime. The fact that there are more side characters is distracting. While characters all have about two arcs each it reminds us that the first season didn't have such arcs for every character group just important ones while other where mostly spread out over the season as non dramatic involvement. This anime also leans more toward the dramatic than the first season. Due to the drama being more frequent it's less striking and therefore less involving. Characterization is consistent however and some characters actually have character growth or at least return to fame after character regression.

Another difference is the characters are very much focussed on their own thing even from the get-go. While the first series had one idol group stand out at first the second series has those that were left out of such grouping as part of the plot. However it only warrants another mini arc and that has less impact and less energy behind it than the first series which had a whole sub-plot build around it for half it's run time.

Characterisation however in this series is probably more expanded than in the first season or at least when taken by average. Still the plot of the second half starts sloppy and ends sloppy as well. The main three girls might have gotten too much attention looking back at it. Their arcs being more frequent and longer while disconnected for the most part of the rest of the group creating a more uneven spread.

Overall, it's a poor mans The [email protected] in production value. Some characers manage to be interesting and captivating while others fail horrifically. The main three girls take up a lot of airing time and the real plot only get's started toward the end of the first season which amount to only a lackluster ending in presumably most peoples eyes.

My advise is to watch it  only if you are into idols.