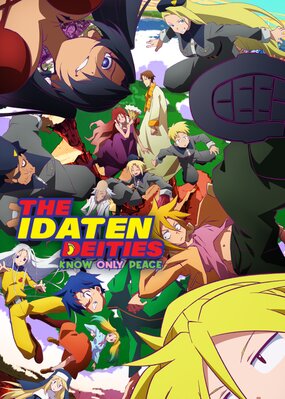 This. Is. Awesome. STORY: a unique twist on the classic Gods Vs Demons confrontation where neither side can be thought of as the good guys. The demons want to kill humans (or do other nasty things to them, ahem) while the gods simply don't care or treat them as lab rats too which makes humans the one party most royally screwed in this conflict. Great fights (Saitama style) and battles of wits (in the later eps) between the two sides. Highly entertaining to watch but also (warning!) lewd and "wrong" . ART: Superb and very creative / colorful... which is no wonder since it's by Mappa SOUND: Best OP this season (just wow!) Lots of well known veteran VA's in this too. The ED slaps. CHARACTERS: A whole lot of them and not just hollow archetypes. Even demons each have their own personalities (Miku is the most interesting char I've seen in a while, she's just so... unique. You have to see her in action for yourself to understand). OVERALL: If you don't mind adult themed scenes and some gore in your high paced action anime, this is a must watch.

Trigger warning: rape, pedophilia, incest and gore. Heion Sedai no Idaten-tachi/Idaten Deities in the Peaceful Generation Authors: Cool-kyou Shinja (Art) also known for Kobayashi-san Chi no Maid Dragon, Amahara (Story) also known for Ishuzoku Reviewers. Okay, that is just too much of a bait, really. And I cannot say that I am pissed about being baited like that, but I just cannot miss an anime like that. Anyways, the anime focuses on the world, where 800 years ago monsters were about to annihilate the human race from the face of the earth; they were so powerful that no human weapon could defeat them. Humans were about to meet their demise. No other choice was left for humans but to pray to gods and hope that they would be protected. And the gods of fighting appeared and defeated the monsters. 800 years after, monsters are about to be resurrected again. In the era when humans no longer pray to the gods and remember that they were saved 800 years ago from the total annihilation, in the era when the gods have not fought for many hundreds of years, bloodthirsty demons are about to be resurrected again and continue their plan to slaughter all the humans once again. Is this the end for the human race? Honestly, I did not expect much out of the creator of Ishuzoku Reviewers and I was not wrong. The anime fails to present a story to the viewer and make just a tiny bit of sense, most of the explanations are skipped, the show does explain things, but it is done so quickly that you will not understand anything unless you lower the video speed. Most of the characters hardly have anything unique about them and even if you try to understand them and the story, the anime just implies that it should not be interesting for you at all, giving you more and more fanservice. And there is no problem, really. Fanservice works pretty well, if not overused. The problem here is that the show constantly uses kids in rather questionable series of events.  Can you like a show like that, where 3 adult women are having sexual relations with a kid, who is hardly a teenager, where teenagers are trying to get a baby, where a nun is being raped only to add some drama? Honestly, I can deal with excessive fanservice, but when it starts using kids, this is not my cup of tea, really. Almost forgot, in addition to this, the story is unfinished and is very unlikely to receive a continuation. If what I said is not really a problem for you, enjoy the anime. I, however, cannot like a show like that. Tastes differ.

Interesting Anime, but the story is not concluded. For all the explanations they did, it sure amounted to literally NOTHING because they did not FINISH the anime. It's a big shame, but it's not uncommon with anime. 9/10 Anime, because the anime incorporated a ton of some of my favourite concepts. Demons, super fast OP characters, training scenes, ect. The Anime wasn't particularly good, but I personally enjoyed it very much. --- Also, ignore the clown in the reviews who's butthurt about nudity. Some people on this website are so hardcore with their Anime that it destroys their personality and robs them of their common sense. It's extremely sad to see, but it's better not to get involved with these people. 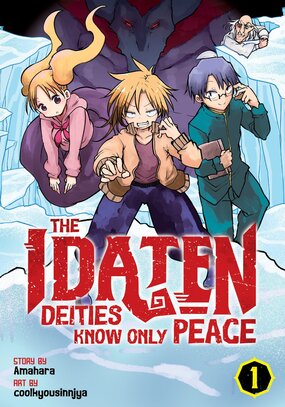