The Hidden Dungeon Only I Can Enter - Recommendations 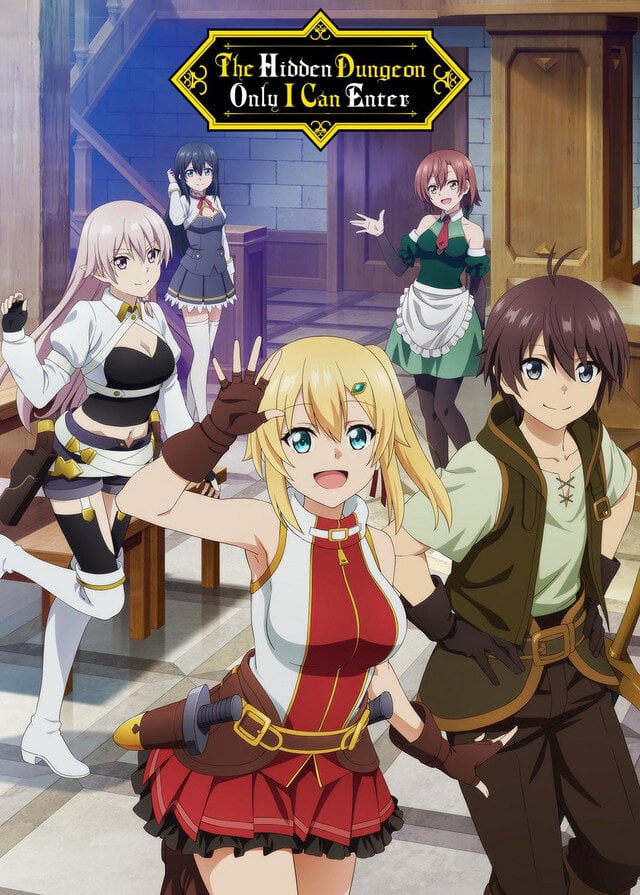 If you're looking for anime similar to The Hidden Dungeon Only I Can Enter, you might like these titles.

Considered a weakling his entire life, novice adventurer Lloyd leaves his village located at the fringe of the mortal world to fulfill his dream of becoming a soldier. When he arrives at the capital, the people discover that this oblivious kid from hard knocks might be more powerful than anyone expected.

Reasons you might like Suppose a Kid from the Last Dungeon Boonies Moved to a Starter Town...

Both animes are similar I recommend you check the other one out if you like t they both have good storylines and are both airing.

Recommend because it gives a feel like one punch man , animation is not bad and story is also good

Both anime have op main characters, both also have harmen even though it is not listed on Suppose a kid from the boonies moved to a starter town.

They both have a similar vibe and while the characters are vastly different and refreshing, they go hand in hand (idk im just bullshitting here)

Reasons you might like Is It Wrong to Try to Pick Up Girls in a Dungeon? OVA...

I would recomend both because of the meideval time perod theme along with, fantasy style, along with with dungeons, and magical abliitys.

If you liked this, you may also like this! Both series feature protagnists that have to kiss and perform lewd acts to use their power.

A protagonist with absolutely powerful or advantageous abilities surrounded by attractive women impressed by his abilities.

High school student Michio Kaga, while wandering aimlessly through life and the Internet, finds himself transported from a shady website to a fantasy world — reborn as a strong man who can use "cheat" powers. He uses his powers to become an adventurer, earn money, and get the right to claim girls that have idol-level beauty to form his very own harem.