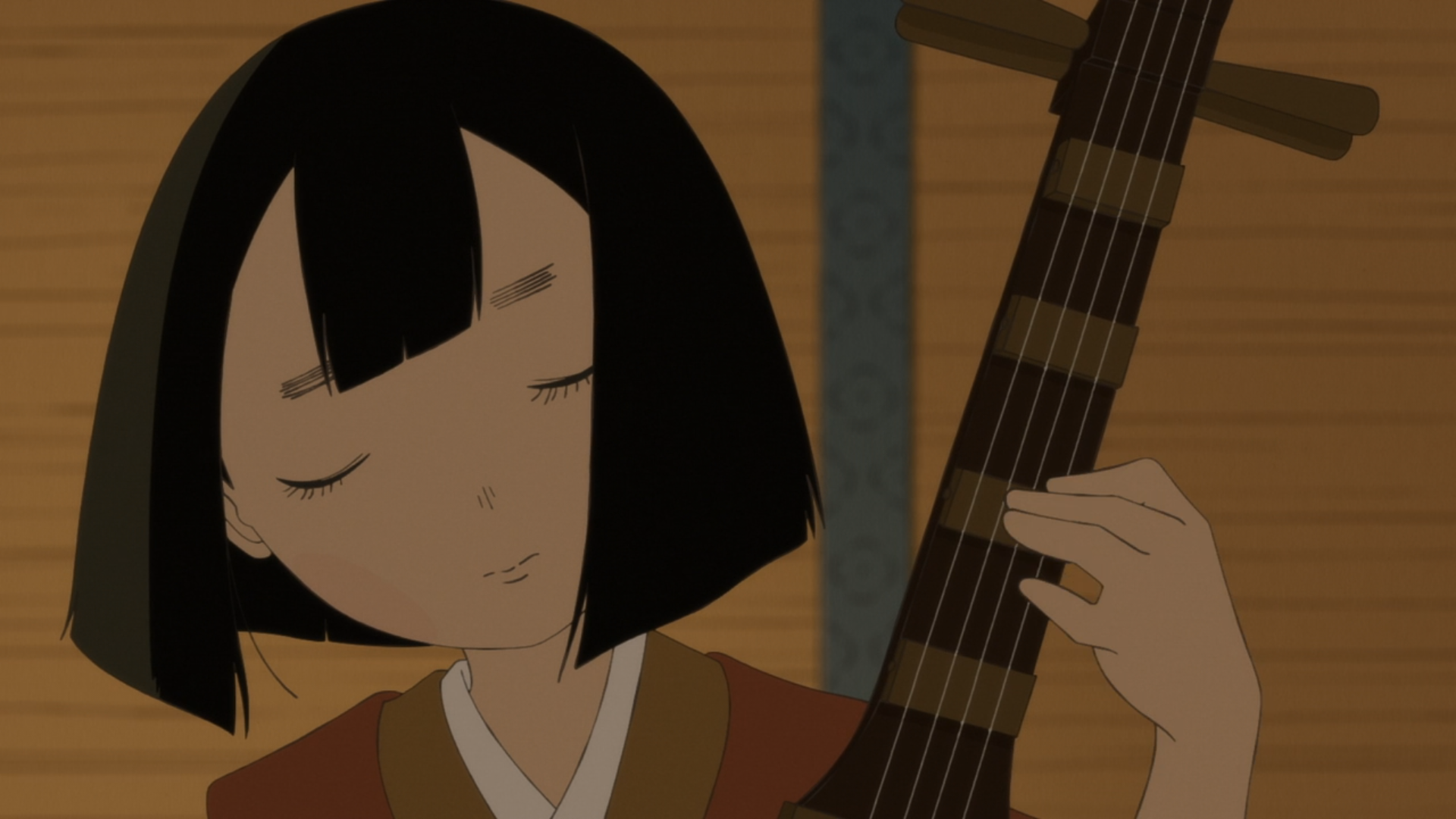 Before You Watch: The Heike Story

“I shall tell your story too.” -Biwa

The Heike Story is the most underrated anime I have ever seen. An anime being an “underrated gem” has almost become a cliché, but the fact that this show has an average rating under 4 and less than 1,000 people following it on Anime Planet is truly disappointing. From feedback I’ve read elsewhere online, it seems that the general perception of The Heike Story is that it’s a show for hipster Japanese history nerds that isn’t accessible to the general anime community. While I don’t think this will have the broad appeal of a mainstream show like Demon Slayer or Attack on Titan, it’s not that you need to have a degree in Asian studies in order to truly appreciate this show. I’d like to spend part of this review addressing some of these misconceptions.

The strength of The Heike Story lies in its masterful directing. Naoko Yamada, known for her work with Kyoto animation especially A Silent Voice and K-on! uses every technique she’s learned to bring to life the words of a centuries old tale. Every frame is a painting, every shot has purpose, every movement adds to the story and characters. Aoi Yuuki, who voices Biwa, continues her hot streak and delivers another masterful performance. The music by Kensuke Ushio, who scored A Silent Voice and Liz and the Blue Bird among others, weaves both Japanese biwa music and more traditional orchestration to perfectly enhance the visuals on screen. Everything works together to make a singular piece of art that stands alone among anime. 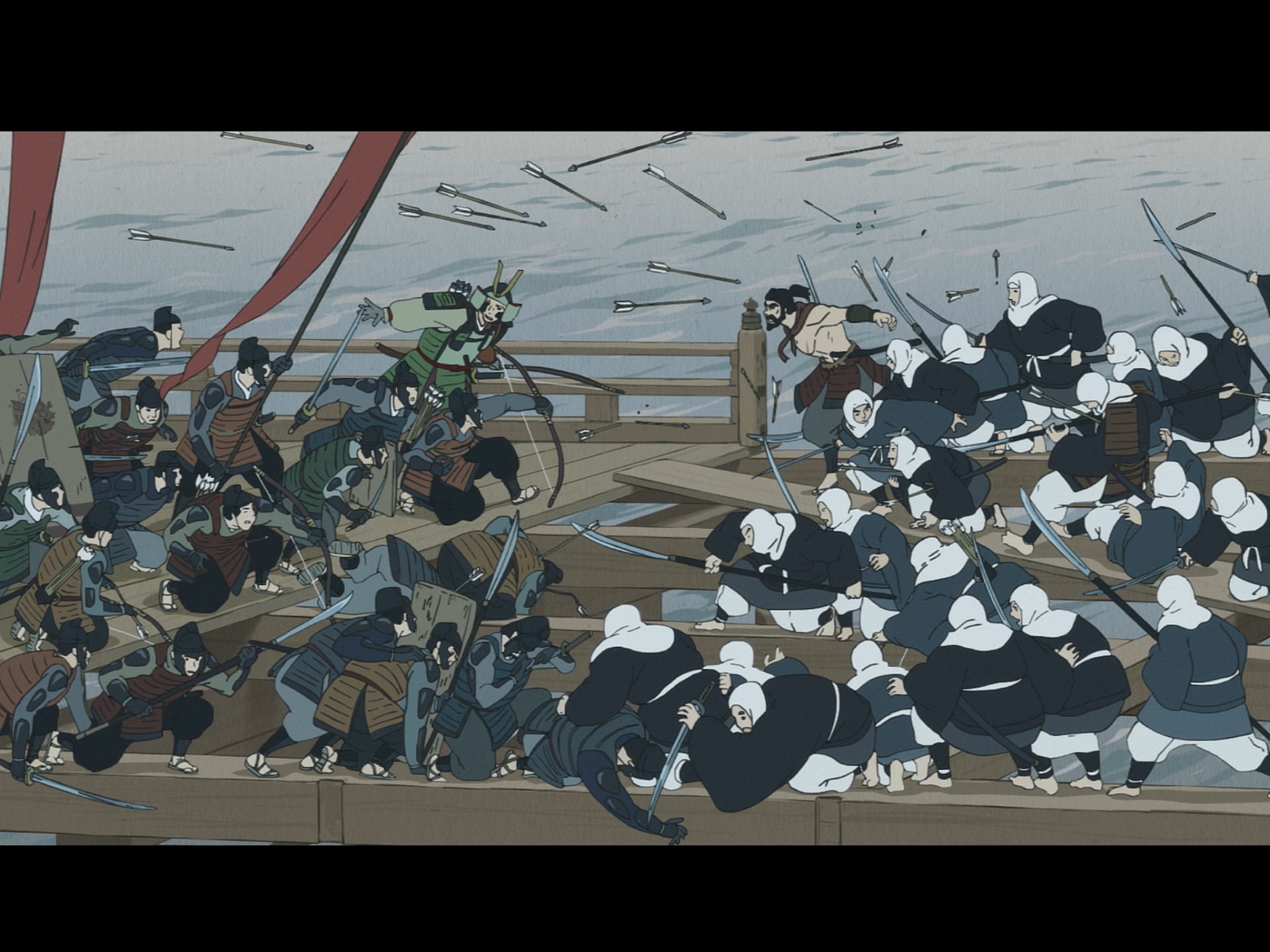 Perhaps this uniqueness is what drives people away, but I implore that you at least give this anime a try. Be patient with the breakneck pace; try to use outside resources to keep track of the characters and story. It’s absolutely worth it. The Heike Story is one of the most beautiful anime of this generation. I only hope it gets the recognition it deserves. 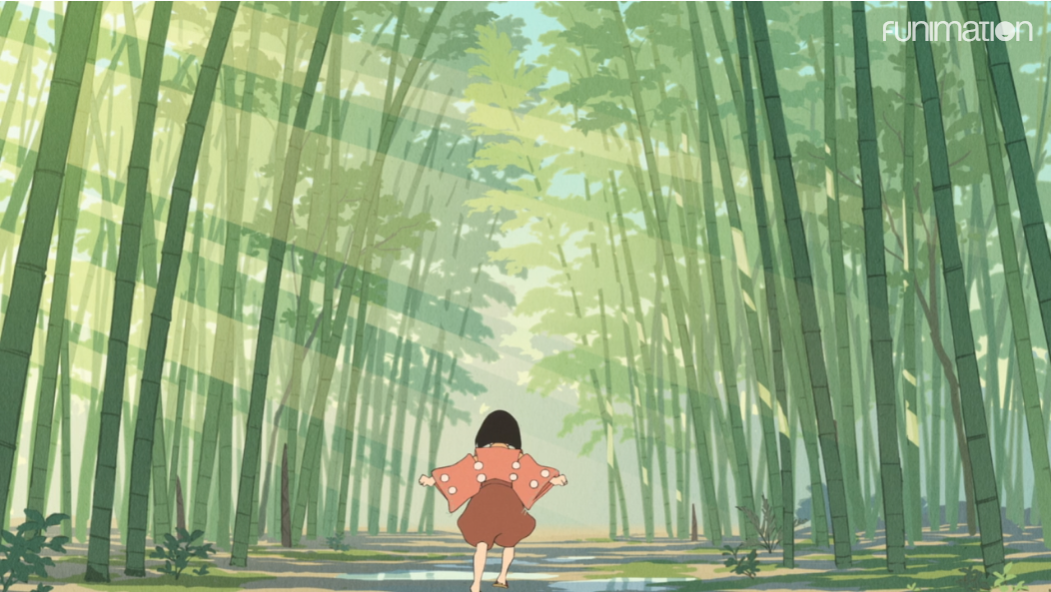 It’s a good show. I like it. But I wouldn’t say I loved it. I don't feel like hitting on this show's technical qualities much since I found it far more educational than entertaining in its own right.

This anime is an historical drama retelling the collapse of the Heike clan in Japan's 12th century. It’s a real tale that gets passed on to this day, and it’s neat to see it animated.

I was motivated to go learn about the biwa instrument and how its players often use it to perform stories through song. “The Heike Story” being a commonly retold tale among actual biwa players.

I can understand then why this show wanted to add an anime-original protagonist, named Biwa, to see this tale and have it told through her eyes as an audience surrogate. It’s like experiencing biwa music but as animation instead.

Neat idea, but I think a little mixed in the execution. Biwa still needed her own character arc, and she got one, but it’s uninvolved with the actual Heike story itself and I think detracts from the more interesting stuff going on. And as she eats up screen time, that makes the Heike clan’s demise need to be more rushed. Perhaps, the team creating this assumed its Japanese audience already know this common tale anyway, but that still hurts the product. I didn’t develop an attachment to the characters that I felt I really should have.

The Heike story is one that gets passed down because it’s about how nothing lasts forever, and somewhat about hubris playing a part in that. I was really hoping the show was never going to spell that out, but in an instance of breaking the fourth wall, all the characters, dead and alive, just outright say it.

In a shorter form, like a bedtime story or song, I get why that would be the case. But I watched an 11 episode show with gorgeous visuals and fantastic music that did that for me before everyone looked at the camera.

I do get the intent, it’s just not how I would have preferred to see it handled. Nonetheless, I feel more educated about real Japanese history and subcultures. As a Westerner, I appreciate the existence of this show getting me started in broadening my horizons even further.

I'm back for this absolute masterpiece of a show. A heike story is easily top contender for best show this season. Great animation and art style, amazing sound and music, a good story and compelling characters all come together to create an absolute joy to watch. So yes I do recommend a heike story but do give it the 3 episode test if your bored or don't care for historical shows then drop it, it's your time and don't get roped into something you won't like. Otherwise STRAP IN FOLKS THIS SHIT WAS AMAZING. yes I am overhyping it a bit but I assure you it is great. Now to the spoiler free detailed review.

First the animation, this is a new art style to me and I loved it, it kind of copied the old japasnese art. And on top of that the animation was really smooth and fluid, really a great job.

For the sound, it's much better than most shows and the music for the opening is an amazing song on its own good sound is always a hugs plus

the characters are as close to perfect as you can get they act human, are compelling and fun . Also the voice acting all around is great

finally the story, the biggest issue is that it's very fast but otherwise a heartwarming and gut wrenching story

Wrapping this up it's hard to find many flaws that detract from the show so again yes I strongly advise to watch. And who doesn't want to watch Biwa go through every traumatic event in her life!  Anyways if you made it this far thanks for the read and have a good one!

an ancient and classic historical account, beautifully animated and fast paced, with an emphasis more on events than on character development. regardless, as the original accounts were orally passed down through biwa playing bards, the wandering biwa playing protagonist is the perfect guide through this story. 🌸 it's definitely worth watching!!

(side note, do *not* take the content warning for suicide lightly.)

I jumped into this anime without any knowledge or expectation of the story, and I have to say that I quite enjoyed it.

The first thing that struck me was of course the unique animation that was really refreshing to see. I loved the simplicity and movement, but at the same time, the detail in certain scenes that made them look like traditional pieces of Japanese art. The music blended nicely with the movement as well as the energy of certain parts of fray. It also contributed to those sad parts which just had to bring you to tears.

I think the characters are really well written. Their emotions are brought up and displayed in such a way that not many would be able to miss, which I also like. Their individual developments stressed me out quite a bit, especially when it comes to the Heikes mass suicides, otherwise I liked following their stories and watching in which ways they were going to change next. While some villainous characters are a bit incomprehensible to me, I accepted them because thats kind of the point of villains.

And for the story..... I left this one for last because, while I do fell that this anime did quite well to explain and tell the story of Heike, I was still left with many questions after finishing the anime. I of course did some research to better understand how things really went down, and now that I do know I appreciate this animes story even more. It brought up details that aren't well known or accessible, it brought so much more emotion to people who are otherwise described just as a person on a battlefield, and it made it so that I will never be able to forget the pain of Japanese history.

Well, that was my opinion, I hope it was useful to someone.
I recommend this anime to people who are interested in Japan and want to learn more about it history and culture, also to people who are up for new experiences (meaning the animation)