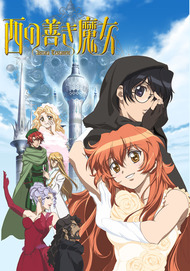 I was really looking forward to watching this anime; however, after now seeing it I can only feel it was a waste of time.The animation and sound are alright, nothing exceptional here and the story had some real potential, but the characters are where the series really fell flat. There was hardly any time taken to create situations to allow for character development and the development that DID occur seemed to come out of nowhere, especially with the leading-red-haired-damsel. It seemed that the story was missing some vital pieces to really allow for a full understanding of what was going on and I felt, at the end of some episodes, like I really had no idea what just happened or why and I think that's more of a fault of the anime adaptation and less of the fault of the story in general.Overall I think the anime could have definitely used some 'beefing up' in certain areas and I would have been much more excited about it...oh and not having characters animated with goofy-looking stars in their eyes, that could have helped too.

Title: Nishi no Yoki Majo ' Astraea Testament Manga/Anime/Novel: Nishi no Yoki Majo's original incarnation was an eight-volume, three side-story novel series done by Noriko Ogiwara. The manga incarnation, which keeps Ogiwara on the story and puts Haruhiko Momokawa on the art, is currently running in Japan, began being serialized in Comic Blade on July 9th, 2006, and currently has five volumes released. Tokyopop has picked it up, and will release it under the title Good Witch of the West ' Nishi no Yoki Majo's literal translation ' this October (2006). The anime itself ran from April 7th to June 30th of this year (2006), and is thirteen episodes long. Story: Nishi no Yoki Majo follows Firiel Dee, a young, fifteen year-old girl living with foster parents, even though her real father (who's just a little neglectful) lives not a few feet away from her front door, out in rural Sellafield. The whole story gets thrust into motion when, on the holiday of the Queen's Birthday, Firiel's father, through a proxy (Roux), gives her a necklace that used to be her mother's. What Firiel doesn't know is that her mother was a queen's daughter, and that the necklace is a royal heirloom, which shows whether or not a girl has royal blood and, consequently, is eligible as a candidate for the Queen's throne. Needless to say, this causes some issues when she goes to a ball at the local Count's castle. From here on, Firiel gets dragged into various conspiracies, political intrigue, and the occasional bit of action, by virtue of her bloodline. Nishi no Yoki Majo's story rawqs my socks. It's very heavy on and driven by characters and story, which are the two things I look for and value most in an anime. It has a good balance between action, political intrigue, drama, romance, and the occasional, well-placed bit of humor. The only place where the story suffers is in its pacing. But more on that a bit later. And, in one arc, it starts to look like a blatant Utena rip-off, but it quickly puts that behind it, luckily. Art Style: Beautiful. The character designs are changed up constantly, in terms of hair and outfit, which shows a lot of effort on the part of the studio (Hal Film Maker). The overly large eyes can get annoying, though. Backgrounds are CG for the most part, but are done in such a way that the characters and other 2D elements don't seem out of place at all. This seamless integration of your traditional 2D animation and CG makes for great interaction between characters and their environments. Music: I love the OP for this anime; unfortunately, I can't seem to find it anywhere. <_< So if anyone happens to come upon a MP3 for 'Starry Waltz' by kukui, please let me know. The ED makes me want to fall asleep, and, as I've been lacking sleep as of late, I really wouldn't mind listening to this before going to bed; once again, I'm having a hard time finding this, so if you come upon 'Kanata' or 'Ochikata' by Mariana, let me know. As for the rest of the music in this series... it's nice background music, but nothing that particularly stands out in my mind, like Gankutsuou's OST did. If I could find it anywhere, though, I'd probably end up burning a CD of it. Voice Seiyuus: Nothing I really can or want to natter on about; for the most part, I'm happy with the seiyu choices. A few odd ones, but nothing particularly grating. And OMG, Joji Nakata's in it, only for a few episodes, but still, PHWEE! Voice Actors: N/A Dub: N/A Length: This is where most of Nishi no Yoki Majo's flaws lie: whoever thought that trying to cram an eight-volume, three-side-story novel series into thirteen episodes was a good idea was dead wrong. The pacing of this show is incredibly fast, as they have to cram eight volumes and three side stories' worth of story into thirteen episodes; if you so much as blink, odds are that you'll miss something. Now, I don't mind this, but other viewers might. However, this pacing catches up with the show in the last episode or so; in the aforementioned episode, things crash and burn spectacularly, souring what is otherwise a good series. Most major issues, which have been piling up until this point, are resolved by an all-too-convenient deux ex machina, and the rest are dealt with rather sloppily. And a few points that have been hammered on in earlier episodes are left unresolved, leaving a rather bitter aftertaste. This could've been easily avoided by adding just two or three more episodes; it would've given the show some time to breathe. Overall: Excellent story and art, but the experience is soured by break-neck pacing, cramming and sloppiness towards the end of the series. Story: 7/10 Art Style: 8/10 Music: 7/10 Voice Seiyuu: 9/10 Length: 6/10 Overall: 37/50; 74% (C) 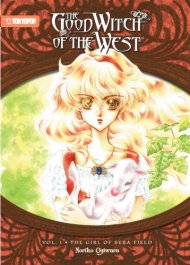 The Good Witch of the West (Light Novel) 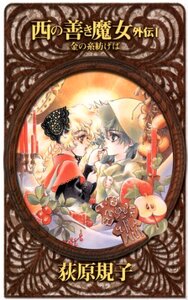 The Good Witch of the West Gaiden (Light Novel) 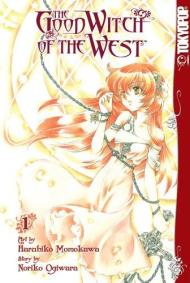