The God of High School - Recommendations 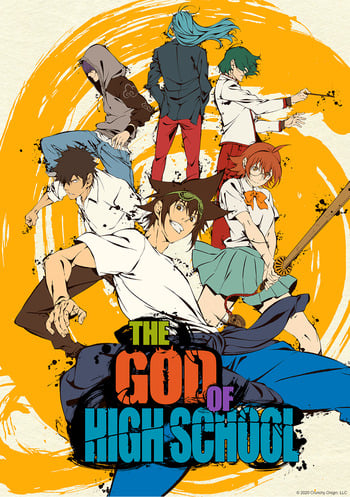 If you're looking for manga similar to The God of High School, you might like these titles.

Boruto is the son of the 7th Hokage Naruto who completely rejects his father. Behind this, he has feelings of wanting to surpass Naruto, who is respected as a hero. He ends up meeting his father's friend Sasuke, and requests to become... his apprentice!? The curtain on the story of the new generation written by Masashi Kishimoto rises!

In a world where traditional warfare has been replaced by proxy battles fought by extremely powerful, and extremely LARGE, individual representatives chosen from each country, one rookie warrior faces her introduction to the international stage.

Gau Ban is a boy who is struggling to become a "Sevalle," the strongest class of warrior in the mercenary kingdom of Kuruda. Gau's elder sister, Elle Ragu, is the 59th "Sevalle" and holds the honorable title of "Shadow Skill." The story develops around the two siblings, as they fight magical monsters and historical warriors. The major part of it is a battle called "Shadow Skills" that is fought with only the hands and feet. It begins when the historical warriors chant the words "We are invincible!" and obtain superhuman powers.

Hanagasumi Highschool is located right in middle of Kabukichou, Tokyo's #1 red-light district. Because of this, the students are constantly robbed and harassed by yakuza, gangs, etc. In order to ensure the students' safety, the Student Council came up with one solution: befriend the legendary "Tiji-kun", the strongest man in Kabukichou. Two students, Motobu Tomoko and Akazawa Ryo, were assigned the task. But when they find out the true identity of the mysterious "Tiji-kun", having a peaceful school-life turns out to be harder than it seems.

Baki is bored. After the conclusion of the epic battle between father and son, he continues to fight in the underground arena and train nonstop, but he always has to suppress his yawn caused by the overbearing boredom. No amount of stimulus or danger can bring excitement to him at this point. Now, with the inclusion of the Prime Minister of Japan in the loop, a massive cloning project is attempting to clone Miyamoto Musashi, one of the fathers of martial arts in Japan. Another fight of historical proportions awaits Baki!