The Girl Who Leapt Through Space 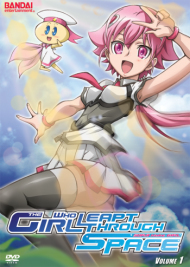 Far in the future, humans have begun to live in space colonies and interstellar travel is the norm. This epoch is home to Akiha Shishidou, a daughter of the wealthy and powerful Shishidou family. She is a girl with no ambitions and seemingly no direction, until she bumps into Leopard, an obnoxious, arrogant and slightly crazy "brain colony." Soon, Akiha is enlisted by an enigmatic young girl named Honoka to steal some parts for Leopard, and her life becomes filled with danger, excitement and the occasional run-in with the Inter Colony Police. Akiha must work to reassemble Leopard in the midst of conflict and in the face of a mysterious malevolent force lurking in the shadows. Is she really, as Honoka says, "The Girl Who Leapt Through Space?"

This anime... was... different. That's the best way I can put it, by episode thirteen I decided to just go and read the plot from another site. It was taking to long, I stopped caring about the characters a long, long, long, long time ago. About the time of the baseball AU episode. The comedy was fun at first, it was actually kinda nice to see a mecha show that could add in some humor without being... well I can't say that. That humor was crap, actually, the humor was mostly either yelling or one big sex joke. As for the story, it was far too slow for me to even keep up with it. The ending, that I read about mind you, was crap. If I didn't know better, I'd think they just did that for the fun of it. Actually, I'm pretty sure they did. I decided to watch this on a whim and it was a waste of my time. It just doesn't work for me, not at all. I might try and finish it later when I feel like wasting several hours of my life, but even then I have better things to do.

The Girl Who Leapt Through Space is a curious bit of anime brain candy. It has a little bit of everything thrown in: mechas, school life, teen angst, fan service, high tech, moe, slapstick, plot and the like. The scifi setting fills the visual landscape and the renderings are actually rather entertaining, but the show never really takes itself seriously enough - i can quite tell yet if it is meant as pure . There isn't anything particularly special about the series, but given that it is scifi but not too technical (like Planetes), action packed without being one long fight scene (like Bleach), fan servicey without being ecchi (though the female pilots all seem to wear cleavage suits), and has enough story to progress without being heavy, the series makes for an enjoyable light watch. It certainly isn't an anime classic, but if you are into any of the above genres and want a light mental snack, this isn't a bad choice. Don't be confused by the title, The Girl Who Leapt Through Space bares utterly no resemblance to the similarly English named Girl Who Leapt Through Time.

The Girl Who Leapt Through Space Picture Drama 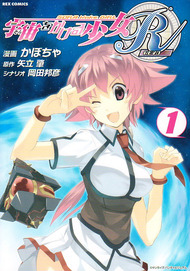 The Girl Who Leapt Through Space R 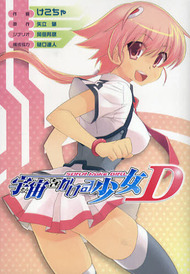 The Girl Who Leapt Through Space D