The Girl in Twilight 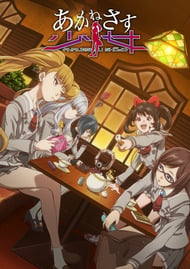 Constantly on the lookout for her next big adventure, the cheerful and kind Asuka Tsuchimiya is always ready to try new things with her high school friends from the Crystal Radio Club. One day, the group performs a ritual from an urban myth just for fun. However, several conditions had fallen into place to put the ritual in motion, opening the door to a new world of gold and jet black. In this world, Asuka finds a different version of herself and soon finds out that some doors were never meant to be opened.

Summary: High school girls traverse parallel worlds and fight evil in this wild henshin anime. In the hopes of escaping to a new, possibly better, place, the girls of the “Radio Research Society” meet under the sacred tree to perform the “4:44 Ceremony.” According to an urban legend, performing this ritual at 4:44pm, while listening to radio static tuned to just the right frequency, will open a gateway to another world. It’s a premise we’ve seen in similar forms before. Of the five members in the club, most of them don’t expect the 4:44 Ceremony to actually do anything, and only participate as a fun social activity. Asuka, a cheerful girl who dons a big red hair ribbon, has the most faith that the ritual will eventually succeed. Yuu, the reason-oriented president of the club, and Asuka’s closest friend, is the most skeptical. All of the girls like each other to some extent, establishing a welcoming vibe to the group. Chloe, the modest one who—for some reason—peppers her speech with French phrases, finds a crystal near the sacred tree. When she places it in a specialized radio, she finds an odd sound at the 0633.1 AM frequency. The group elects to perform the ceremony at this frequency, and unexpected things start to happen—including the emergence of some suspicious snow bunnies, and, most surprisingly, another Asuka. The cheerful Asuka playfully nicknames this other Asuka “Seriouska”—a portmanteau of “serious” and “Asuka”—due to her more serious demeanor. When the 4:44 Ceremony succeeds, all five girls are transported together to another world, and the one wearing the headphones merges with a version of themselves in that world. This provided some of the most interesting and often humorous moments, particularly when Asuka and Seriouska were involved. We see each of the principle characters live through another version of themselves, and confront the choices and regrets of that other self. This aspect of the story gave an otherwise familiar premise some psychological weight. Hostile forces from a “Twilight” realm trail them, antagonize them, and create turmoil for everyone in its wake. It’s believed that a king in this Twilight is the root cause. Initially, the group tries to avoid this king, but they soon realize they have no choice but to confront him (her or it) to protect themselves and the inhabitants of these other worlds. Honestly, I would’ve preferred less emphasis on these parts, and more emphasis on the main characters confronting their other selves. But I understand that taking such a route may not have been as entertaining for a lot of people. Two little-known studios, DandeLion Animation Studio and Juumonji, did a really nice job on the production. Aside from one or two wonky frames here and there, the 2D art and animation was mostly polished, and the 3D computer animation for the action scenes wasn’t too jarring when it appeared. There’s still that moment when you go, “Oh, it’s in 3D now.”, but it doesn’t take too long to adjust to the transition. My interest in this series was initially piqued when I saw clips of the gloriously over-the-top action scenes going around on Twitter. My expectations started at, “Maybe I could watch this as a filler show between JoJo episodes...”, and ended at “That was actually fun!” If you don’t mind seeing some things you may have seen before, and aren't bothered by the occasional fanservice, you could have a good time with Akanesasu Shoujo.

This is going to be hard to review. Akanesasu Shoujo is interesting original series. Interesting in what it does. Basically it takes Mahou Shoujo genre, then adapts it in a way that seems different, yet on second thought it’s underlined by the same archetypes and tropes. What are the archetypes? It’s a group of girls, who are friends, with one girl that is at the center. Girls fight enemies threatening to destroy the world with special powers they obtained. In this process each has to develop their character to become strong better version of self. Each has to overcome weakness and in the process friendship among the group deepens. Each girl gets her own mini-arc. Sounds pretty familiar, doesn’t it? So the question is what makes this particular iteration of Mahou Shoujo genre different. The flavor of this series has sci-fi elements. Parallel earths/multiverse to be specific. It’s quite overused scheme in sci-fi. This in turn allows for characters to explore and even meet alternative self in parallel universe. Plus in this case introduced mechanic allows even to step into the shoes of the doppelganger. Another thing I would say is big difference between other Mahou Shoujo series are fights. There is only few of them. Beware that the fight scenes are all CGI. The conflict is resolved more by internal change, rather than by external ass-kicking. The theme is quite self-evident with “twilight”, note: I don’t mean the series about sparkling vampires, consuming worlds and the name “akanesasu”, that indicates opposite effect. A force that creates and a force that destroys. I think, that I’m not going into any big spoiler, but the main arc is about dealing with loss of sibling. Ok, saying all that is it story worth watching. Yes, it is. I would say once, there is not that much rewatchability in my opinion. It’s still better than Goblin Slayer (in context of the season). PS Ending theme [壊れかけのRadio] is a great song.

hmmm. I hit that first 8 for story on accident, but 7 holds true for the rest. let's see...to me (if you check my profile you can see my anime background and I will do my best to communicate it here) this anime is great.  I dropped it after the second episode because I thought it'd be stupid. however, I was totally wrong about that turn.  this isn't the best anime I've seen by any means. I will say though, in shallower ways, it reminds me verrry much of madoka magica (mainly mainly), houseki kuni (just the crystal aspect) and kino's journey all mixed together. I doubt you will disagree... story: I feel that I explained above with the comparisons to those three animes. but in brief: it's about a high school club populated by girls getting in way deeper than expected via their club activities. animation: so! because the CG scenes were so smooth, I have to say 7!!! otherwise no complaints, thus eight. sound: I give it 7 because the op and ed grew on me so much. the voice actresses do not lack I think either. characters: 7. they are def tropes. however...I think most anime are? I mean, even in real life we are all human right? and there's only so much time we have to expose ourselves to others' truths, specifically considering our individual rates of absorption.  anyways, specifically after picking it back up, and episode 9, I think the characters are just fine. there's variety in their profile depths as well. so, overall: 7, with a variance of +/- 1-1.5. judge for yourself if you've got the time (; edit: I was definitely drunk when I wrote this...I apologize, I will correct the errors I find but leave it up. 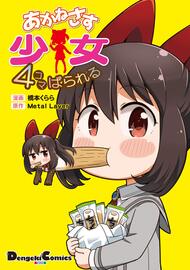