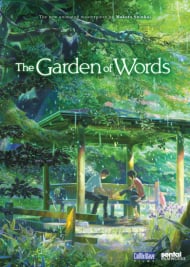 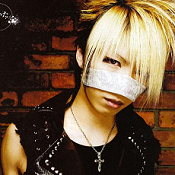 Sooo this movie....watched it randomly this past weekend wth the gf, and i went into it with virtually no expectations except hearing it was good, but was it??? Well just from all the train shots i could tell it was from the same director/animation team that did 5cm per second, hoever this movie was just sorta....meh... Anywayyyy onto the review... **Contains spoilers** Story - 1/10 Could hardly understand what was going on here....all i picked up was: -Teenage boy skips school to go to a park in shinjuku on rainy days - meets an older/middle aged woman there drinking beer and eating chocolate -they become friends -he wants to make shoes - makes her a pair -it turns out she was a suspended teacher or something at his school, he finds out -he professes his love to her, but she suddenly grows morals and rejects him at first -he gets mad at her and yells in the stairway -she cries and hugs him -THE END Animation - 9/10 Animation is great, though thinking about it now i can't remember anything really great they used it on.... Sound 7/10 catchy for a bit but not to my taste lol Charachters - 4/10 Again... just like with the story i have hardly any idea on who the charachters are...i didn't check the movie running time but everything seems pretty rushed charachter wise...and pretty much everything else Ovarall - 6-10 While enjoyable for a quick movie or random anime fix, its not that great...or at least in my opinion :P

***Spoiler free review*** One superficial gripe I have with movies in general is how short they tend to be. I have always enjoyed books, manga, and long running shows because of the added time to build upon characters and expand the plot. I however must retract my superficialness for the animated film Kotonoha no Niwa as it has pulled on my heart strings to their breaking point. Story: 8/10 At its core, Kotonoha no Niwa is a mature love story between student Takao and skipping work Yukari. They end up meeting on rainy days in a very lush park in the Kanto region of Japan. They began to mingle a little bit inching closer and closer to each other when all of the sudden the rainy season ends. I think that a lot of people might not like the ending of this film since it does not follow the typical good ending of most Japanese anime but I found it very fitting. Animation: 10/10 Drop dead gorgeous oh my god what the f#[email protected] that isn't real rain!!? I cannot believe how pretty this anime was the characters just shine in the rain and the amount of detail of each shot really shows. Sound: 9.5/10 The voice actors did a really good job but the real winner was the soft piano and strings in the background. The score fitted so well with what was going on screen. After looking back at Kana Hanazawa's profile (voice actor for Yukari) I noticed why I liked her voice so much; she plays Kosaki Onodera in Nisekoi. Characters: 9.5/10 I loved the scenes between these two star-crossed lovers. Pretty much everywhere in the world a relationship between two people of their status might be looked at as wrong but it works well here. There was real emotion behind every decision and resolution. Overall: 9.25/10 If you cannot tell I freaking loved this movie. It has a somewhat bittersweet ending but I loved it nevertheless. This movie really made me rethink what a 45 minute film could accomplish. Highly recommend to everyone. Enjoyment: 10/10 I apologize for the short review it is 3AM here and I wanted to get my thoughts down before I forgot what I wanted to say. Thanks for reading my review! If you liked my writing style, would like to see some other reviews, or just want to talk, please stop by my page! Sincerely, Awesome Drummer 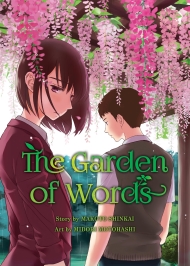 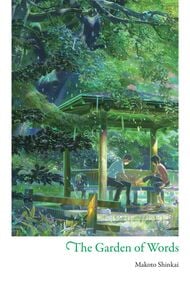 The Garden of Words (Novel)