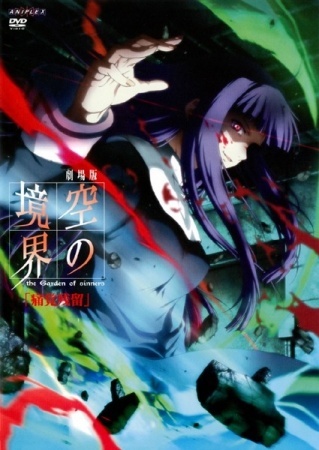 If you're looking for anime similar to The Garden of Sinners Movie 3: Ever Cry, Never Life. (Remaining Sense of Pain), you might like these titles.

Mai Taniyama is a first year high school student who lives a carefree life telling ghost stories with her friends. One day, she meets Kazuya Shibuya, the head of Shibuya Psychic Research (SPR); and together, she tags along to help him investigate paranormal activities in a haunted school building. His assistant Lin was hurt during an incident to protect Mai from danger, so what more can Mai do than to take the job as Shibuya's assistant? Along with a team of other ghost hunters, they will uncover the mystery of a strange case coming their way, while Mai starts to discover her own abilities.

Both the Ghost Hunt series and the Garden of Sinners movies reach into the realm of the paranormal, into a place of ghosts and the afterlife. Both anime research the subject of retribution, and the consequences of actions taken.  Ghost Hunt is a bit lighter than the darkness displayed in Sinners, but if you like a bit of supernatural horror with your anime, check both out!