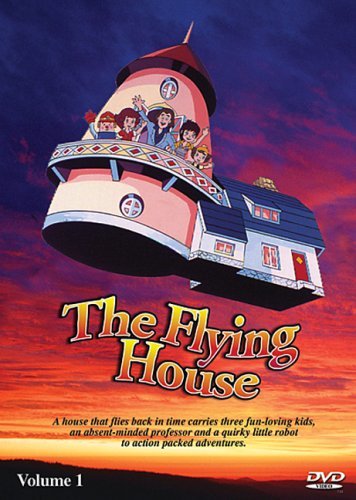 this is my first anime EVER LOL! I LOVE BIBLE STORIES!

3 kids playing hide and seek get caught in a summer storm, seeking to get out of the rain they unknowingly enter a house created for time-travel.

From the Bible to the New Testament they move slowly but surely forward in time as they seek to return to the lives they once knew.

Familiar with The Good Book's stories the three kids are given the chance to not only witness but actively shape history. Their desire to return home does not prevent them from enjoying their travels and specific time that the Flying House literally lands them in - though it is a consistent story plot.

Of course the kids can't let anyone from the past know who they really are, where they came from or how they really came to town but that doesn't stop them from making friends. Even when the House drops them in someone's field disturbing sheep the trio are quick to befriend the baffled shepard(s).

Overall this anime is a great show for anyone interested in learning about Jesus, loyalty, Christianity, responsibility, friendship and faith.

For visual learners this anime can also be helpful in understanding the Bible; while reading God's work is encouraged being able to see the stories come to life is a horse of a different color.

Like The Prince of Egypt and Joseph: King of Dreams the focus is on one primary character from the Bible and their journey according to God’s plan. Unlike those movies this anime follows children who don't age more than a year and who are observers and participants in Jesus's life. They serve as guides to the past and are most helpful when it comes to explaining what has happened, is happening or will happen.

The story, animation, sound, and characters are all well done. Though this was the 80s and the character design isn't all that impressive for an anime with so many one time characters their appearance didn't hurt the eyes. Also the limited screen time doesn't leave the viewer wondering who was just on screen: there's enough difference between the dozens of men with facial hair and large noses and women in dresses and head wraps that one isn't mistaken for another.

The English Dub version is what this reviewer watched and like many other children animation titles the song summarises the show. Simultaneously combining a catchy tune while telling a story and reminding the audience what this show is about is an effective way to keep viewers tuning in. When watching 50+ eps of something, originally 1 ep per week [aired on Sci-Fi when SciFi was still Sci-Fi and not SyFy >.> ] a whole week of life *cough* other shows *cough* has interfered with the memory of the previous episode/show, doing a quick recap is very useful.

Unless you aren't interested in religion, Christianity, Jesus, children-centered anime, episodic-esque anime, anime with very few main characters, time travel or a combination of any of those.

Now that being said there are some concerns with the anime

1) Constant/persistent inaccuracy with time travel stories. Professor Bumble created a time machine, not a time and space machine. So when the house flies, it's only supposed to travel back in time NOT space. Yet the five travelers always seem to fly around in the space-time continuum. The dub sort-of corrected for this discrepancy in later episodes. Not sure about the sub.

2) SIR [Sir Ion Robot] seems to be set up as a main character in the first few episodes but then falls back to a secondary and even minor role as the series goes on. Granted they are in Biblical times and walking around with a mechanical hunk of talking metal would probably have gotten them worse than stoned but SIR deserved a larger role.

3) Unexpected nudity. Yes they were children and they were taking a bath but the out of the blue scenes don't sit well with this viewer. Especially since the dialogue in them doesn't add anything to the overall story it makes this reviewer wonder why the creators bothered creating/including them.

4) Rushed last episode. Not wanting to give a spoiler here I’ll just say an epilogue at the least would have been appreciated. 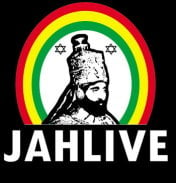