975 users are tracking this. Log in to see stats.

StoryYeah, I know what you are thinking. First, that this sounds really girlie or shallow. Secondly, that it sounds like an overdone romance. While this is partially true on both accounts, it definitely succeeds at being at least somewhat unique in its premise. As far as the girlieness, well yes, it's a romance OVA, so it has an aspect of that. But in general, it isn't SUPER girlie shoujo in most ways (the animation, the story, etc). As far as the story, it as least manages to tell the same old "girl goes for unattainable guy" idea in a new setting... in this case, a boutique with a french name and non-high school students for the other main characters. The tone is mostly comedy or light romance. No action or anything of the sort. The story is told through the perspective of Kotobuki, hearing her inner monologues all the while. The one thing I don't like, and never like, is that the story revolved around a 14 year old girl, with a mid 20s man. I won't really get into morality issues here, but I just don't think that is realistic, nor should it happen in society. AnimationA failing part of the series. Granted, you can tell this is an older show, but it still wasn't spectacular as far as the visuals. The character designs were odd to say the least. Kotobuki had a very round face with huge eyes and small facial features, while the men had HUGE pointy noses (from the front, they just looked like dots), and sweeping pointy odd looking hair. Backdrops and scenery were fairly unimpressive, with almost watercolor looking patterns used everywhere, occasionally fuzzy looking on purpose. The colors were a wide range, which wasn't necessarily a good thing considering lots of the colors did not go well together. For example, Kotobuki always wore something in an off shade of blue or red, while one of the friends of the store was in bright neon green, with dark colors for yet another character, etc. The backdrops were so watercolor looking that none of it really fit with the solidity of the characters clothing. SoundFairly often, there was no music at all. When it happened, it was incredibly boring, and almost sounded like the same keyboard type romance song being played over and over, with slight variations. Nothing orchestral or interesting, just a boring romance song. CharactersI'll admit it, I thought Kotobuki was annoying. She's 14 and obsessed with a guy she doesn't know, who is older and cooler. I had hoped that he wouldn't end up hanging out with her during the OVA, because he is obviously a lot older, and in a perfect world, wouldn't be interested in someone who is still in JUNIOR HIGH. But in any event, she definitely pulls off the clingy little girl syndrome well. None of the other characters are really expanded upon as far as pasts and such, but they still seemed incredibly shallow for the little bit we are shown them. You get hints at an emotional past for the leading male figure, but it isn't expanded on and makes it feel even more shallow. Show nothing, and it's expected. Show something, and it makes you want to know more. Not good for a 1 episode OVA for sure. As far as the voice acting, it fit the characters well, though I do find it funny that any non-Japanese dub sounds bad, not just English! French was spoken in this, and it was sooooo bad! OverallAn entertaining and light-hearted watch, but not more than that. At least it wasn't a short romance that had the same old high school setting and plot, I'll give it that. But in general, the unrealistic nature of the relationship and the clinginess of Kotobuki ruined it slightly for me. The conclusion also left a bad taste in my mouth because of what happened (based on my ideas about this kind of show). But hey, if you are looking for a short, romantic watch, this one definitely isn't the worst out there. Watch it for its semi-uniqueness or unusual character designs, if you like older stuff. 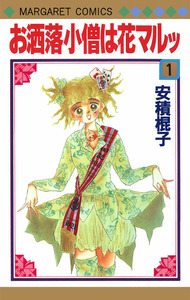