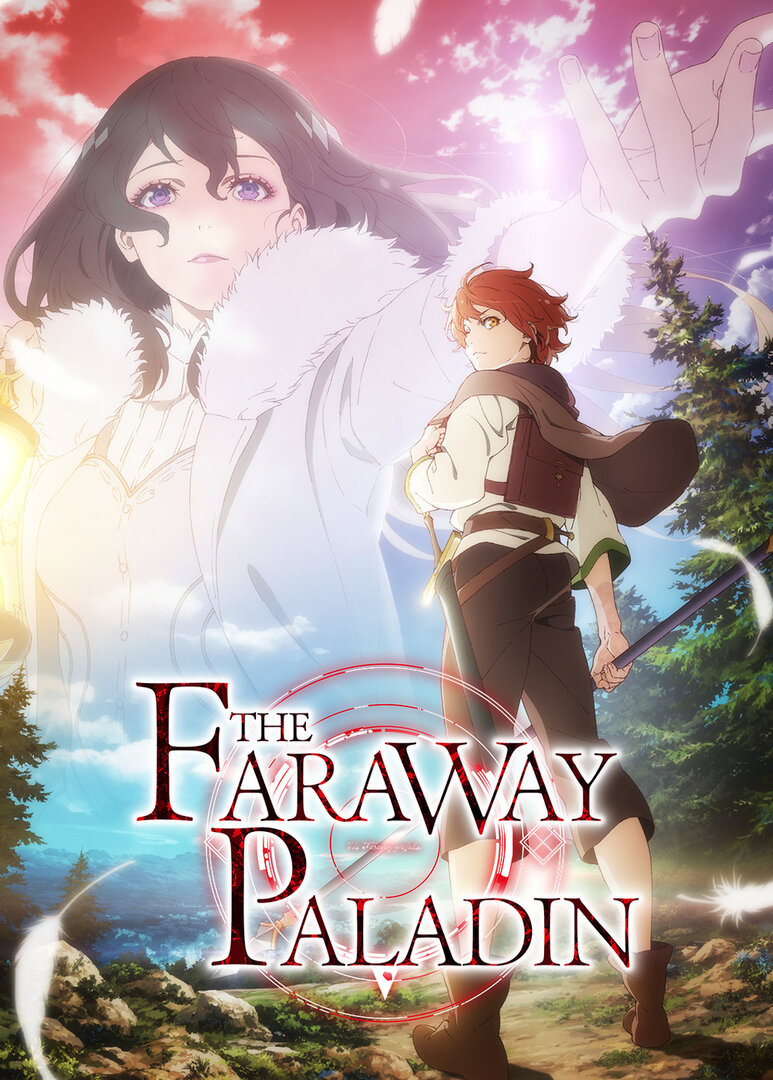 I really wasn't expecting Faraway Paladin to be as good as it was. I went in expecting just your average isekai, but left with great expectations for a second season, which will develop the story further. This season was more of a "getting you acquainted with the leading characters/the fantasy world/how it works" type thing.

All in all, I highly recommend this for those who love fantasy animes, isekai, shounen, and protagonists that are well developed and don't pull shit out of their ass.

ISEKAI… NOT
The Faraway Paladin is one of those shows that don’t know what they want to be. It’s supposed to be an isekai, although that doesn’t play any part in the plot besides making a few vague references to our world. In essence the author threw it in there because isekai sell more than clear-cut fantasy stories. Oh, and also because it’s a cheap explanation for why the protagonist is overpowered. It’s not because he trained hard all his life, it’s because he’s an otaku loser from our world.

PACING? WHAT IS THAT?
The pacing is also messed up, since there is close to nothing going on in terms of action in the early episodes. Instead of that you get prolonged infodumps in an area that is empty of life and with nothing to look at in general. Then, out of nowhere, the protagonist can defeat gods with not much training. Supposed this was done for giving the viewer the time to get to like the main characters before the action adventure portion of the story begins, but it was done in a very dull way. There is nothing special about the protagonist you haven’t seen in a myriad other shows, the support cast of monsters won’t follow him when he leaves so you getting to like them amounts to nothing, and when the action part begins you are eye-rolling with how out of left-field it is.

OLYMPIC GAMES TONE JUMP
Even the tone of the plot is wrong, as it starts like a grim slice of life and then abruptly becomes a light-hearted action adventure. It’s not the first show that has sudden tone jumps, but the amount of things happening in each episode is too small and unimportant to excuse their duration, and the jump to a different genre altogether is way too sudden. He just pledges to a deity and gets a power up that lets him beat the demon lord. Most viewers gave up on the show because of it, and were instead watching Mushoku Tensei, a different isekai that did the exact same things ten times better.

BEING PATIENT FOR GETTING A GENERIC FANTASY SHOW
But even if, for whatever reason, some people didn’t jump ship to Mushoku Tensei and kept on with the show after the boring slice of life part was over, all they got was a generic fantasy show where, as I said, the isekai part doesn’t matter and it’s just a bland overpowered guy going around, easily defeating all the enemies, and getting constantly rewarded from the local population. I mean, why wouldn’t he? The very first enemy he defeated was the strongest monster in the world, and he did it with no battle experience. What can possibly pose a challenge after that, or be a worthy enough reward?

THIS AIN’T DEMON SLAYER
But even if someone is pleased with all that nonsense, the anime just doesn’t look so good. The production values are subpar, the CGI is awful, the colors are flat, and the character designs are bland. In the post-Demon Slayer era that means nobody will remember it after a couple of weeks. Thus, as a whole, The Faraway Paladin did nothing right. All its chances to be remembered for something it did better than any of its contemporaries were squandered early on, and what was left in the second half was a by the numbers fantasy adventure.

Yes, it is a slow burn anime. No, that's not a detriment to the feel of the show.

The time they took in the first 3-5ish episodes made it feel like an extended prologue almost, but it also added so much more weight to the conflict and "inciting incident" that propells the show going forward. It takes a very realistic approach to dealing with how the world is and what can be done about it, with no "One OP character fixes all" solutions but rather a gradual approach to the natural world that is being built.

Of course, if there were no second season this would be an overall failure of an anime, as again the whole thing is basically establishing the world, the conflicts, the power systems and so on. If I were to compare it to any individual show that flows similarly, I would say it is actually very similar to Ascendance of a Bookworm.

Overall, it's unique, surprisingly emotionally connective and definitely worth the watch if you're willing to stick around for what comes next.

This show actually takes it's time telling the story. It doesn't feel rushed at all. That's my favorite part about the series. I expected it to rush through; and get Will out in the world much quicker (like so many other shows). The time taken to develope Will and his "family" gives a lot of depth to who he is. They have created an interesting world; with a great diversity of characters. I'm looking forward to a 2nd season. However: I am afraid that a lot of people won't like it for the very reason I do. I can see the average person complaining that it's too slow. I may have to get ahold of the Light Novels now. If the story telling is this good in the anime... then the books must be good.

As someone who read the manga first and just found out it got animated beautifully I'm quite surprised how it's well matched with the manga and going on the same pace.