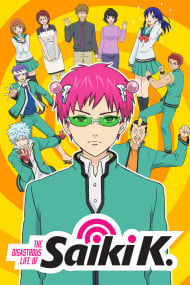 Like all my reviews let's start from what the wiki has to say about the series. So, the story of "The Disastrous Life of Saiki K." revolves around Kusuo Saiki who is a high school student who was born with all manner of psychic abilities; including telepathy, psychokinesis, teleportation, and more. Despite having all these powers, Saiki faces all kinds of hardships and tries to avoid attention as much as possible. The story follows Saiki as he attempts to secretly use his powers to live a normal high school life while dealing with his less than ordinary classmates at P.K. Academy. Well with that information in mind, I shall begin my personal review of the series: - Storyline As expected, since "The Disastrous Life of Saiki K." is a comedy, the story doesn't really have any significant plot. There's no drama, no needed plot development and everything just revolves around the shenanigans the protagonist, Kusuo Saiki, goes through on his everyday life. He claimed that, while he could have used his powers to gain money, fame, women, and etc. he chose not to for the sake of not getting too much attention. And so he lives, or try to live, as a 'normal' highschool boy... or at least until he gotta deal with the shenanigans that occurs around him with his psychic abilities as he hide it from the other students. Despite not having a plot, "The Disastrous Life of Saiki K." is really funny for its "WTF Moments" especially whenever Kusuo Saiki made his deadpan, sarcastic, snarky, and occasional fourth-wall breaking comments about what the heck was going on. - Animation As far as I'm concerned, the animation is great. It also emphasized the funny moments in the series, making it even more funny than before. However, while it's great, the animation is nowhere near the animation of high quality anime series like, for example, "No Game No Life." - Sound Like the Animation, I don't think anyone would have a problem with the sound effects, songs, or etc. The Seiyuu/Voice Actors and producer have truly did a wonderful job just as much as they did with the animation. - Characters While the series is basically a plotless comedy, the side characters are just as important as the protagonist is; having their own unique and distinct personalities. Well, that's because everytime Kusuo Saiki got involved in a shenanigan, it always involve at least one of them. More about Saiki is the fact that throughout the series, Saiki never spoke with his mouth. Not even once. However, he does have telepathy thus the series is basically more about what's in his mind rather than what he says resulting in multiple funny mental retorts. For some reason though, no one, except his family, ever noticed this; but I guess that's just for the LOLs. In conclusion, "The Disastrous Life of Saiki K." is a plotless, comedy anime full of short, yet hilarious, "WTF" Shenanigans involving an arguably overpowered psychic that is trying to simply live his life in peace. If you love short, plotless, comedies like "Haven't You Heard? I'm Sakamoto", then I highly recommend you give this series a shot!

Honestly everyone in this show is so ridiculous and the short stories are so ridiculous its impossible to feel bored or unenjoyment watching this, at least for me personally. I laugh at every single episode and saiki is so sarcastic its amazing. You have a himbo, a sarcastic psychic, a delusional "hero", a stuck up girl etc etc etc. It's so refreshing to come from a drama, romance, action etc to this light hearted pure comedy and just enjoy it.

A short review... This anime follows Saiki, a boy born with all manners of psychic power. You can imagine life  would be unreal for anyone with such power, but Saiki, somewhat a pessimist and in so many ways bored with his power could argue it's not so great. Mundane activities and things an ordinary person would find well... ordinary, are the things Saiki misses out on the most, and so many activities he finds are interrupted by his powers and become draining experiences for him. Though he wishes he could partake in so many of these mundane things, in the end Saiki is so used to his powers that have become such a routine part of his life that life just wouldn't work for him without them.  The story is lighthearted and an easy watch, filled with plenty of comedy and a mix of a not so ordinary slice of life. The occasional 4th wall break is done skillfully, though still a strange thing to watch, but entertaining none-the-less, as Saiki's life is anything but dull to a veiwer. Saiki alway's finds himself involved in things he'd prefer not to be, with the painfully troublesome people in his life and likes to avoid any attention by any means possible. Though basically plotless the story is well crafted and every character is skillfully given a background and "purpose" in the show. The animation is bright and colorful, though abandons the common soft look that features in so many other slice of life genre anime. This anime uses the stereotypical expressions, backdrops and effects in a way that's... stereotypical but, the situations themselves are not. Though the animation is good it is not noteworthy or anything that make you go 'uaah'. Just as the animation is nothing particularily outstanding neither is the sound, though with that being said there is nothing to complain about either. The voice actors and foleys do their jobs well and anything to pitfall is a matter of personal preference. Each of the characters adds to the story in important ways, which in turn results in none of them managing to leave saiki in peace. All of the characters can fit to thier stereotype extremely well but the show explores a little more of each of the characters than usual. The stereotypes aren't just character stereotypes but rather the stereotypes of anime itself such as; colorful hair and super fast healing: which is explained by Saiki as his doing to normalize his anomalies. Overall the anime is one to watch for easy to follow and comfortably paced episodes, that don't leave you needing to watch more to be satisfied. 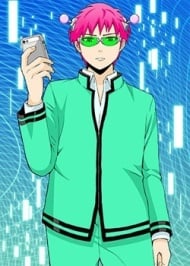 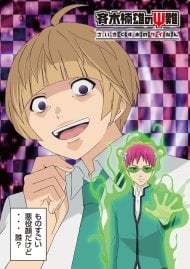 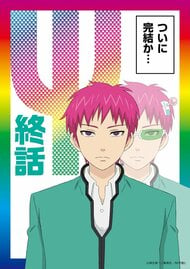 The Disastrous Life of Saiki K. 3 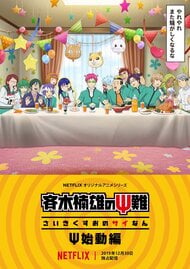 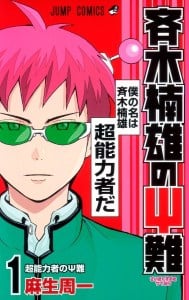