The Demon Girl Next Door - Reviews 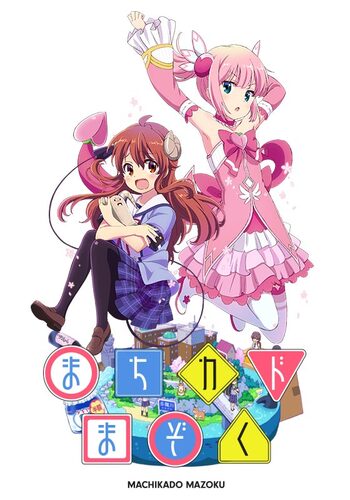 This was an extremely pleasant surprise. The characters were a joy throughout the show. The earlier episodes were extremely funny and while the comedy may have eased off a bit as the show went on and the plot got thicker, it was a most enjoyable watch and I, for one, can't wait to see more of these lovable characters goof off with each other again. The two leads, especially, had some magical chemistry the entire time.

Edit: After multiple viewings, I have to upgrade my rating because of how much I enjoyed this show. I had planned to do a more in depth review after another viewing but I ended up watching it 3 more times before moving on to season 2. It's just THAT good! Everything about this show is top-notch. The story is unique and refreshing. The characters are some of the most likeable I've ever seen with absolutely sublime chemistry among them. The comedy is so well done that it works just as well on repeat viewings. The technical aspects like the voice-acting and sound is as near perfect as can be. The animation is a little bit lacking but they made it work splendidly.

I can safely say that this is my favorite anime and quite possibly favorite show overall because of how enjoyable it is, no matter how many times I watch. I think it is criminally underrated and there is no piece of media I would give a recommendation higher than this!

The anime was consistantly unpredicatable and always got me bursting in laughter and I just absolutely loved it.

Definitely worth a watch if you want something to chill and have a laugh but may be a bit boring to binge :)

The Demon Girl Next Door takes a twist of what you'd think would be a typical high school, slice of life anime about a demon who is just trying to get by but instead gets met with a magical girl. The anime has quirky, comedy twists and turns throughout the anime, making it a funny and playful anime to watch.

The overall story revolving around a newly awoken demon girl and a veteran magical girl stems a beautiful friendship combined with the troubles of growing up, learning life lessons and just figuring out how to be the best demon girl there possibly is. Some of the points feel slightly forced throughout the anime which can take away from the plot and it might not be for everyone as the story revolves around young girls who are still in school.

The animation is fairly good, on par with most things released, the action scenes were well done but not a lot of them to go off of. Most of the scenes were lifestyle scenes or of the characters hanging out.

The characters have great development throughout the show, growing up and wanting to grow into their roles was a big part of the show. It was something that helped ease the use of comedy into the show while there were the comedic characters and the flat characters which made the duo perfect for each other.

The Demon Girl Next Door is one of the funniest Animes i've seen,it has quite an interesting backstory and makes me wanna go back to it every now and then. overall incredible

Demon Girl Next Door presented us a well written "tragic" story But every event is filled with comedy and that's was makes me laugh than anything while watching it. The characters development has nothing similar to what we can expected from rivals. It makes this anime wholesome, as we see the main characters getting closer and closer (just like a romcom XD).

One thing that I absolutely like about this anime is the use of voiced sound effects. This is a feature that many moe animes have. But this anime timed pretty well those effects. Not too more or not too less just when it has to be used. This makes those moment cuter and funnier. Another thing, but it really depends on luck and budget I think. Is the Japenese VA selection. Their skills are just astonishing.

And the most important point (I think) is that this anime has great memes potential. As we can see...