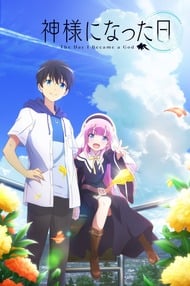 “From the one who has not, even what he has will be taken away.” Matthew 25:29 Jun Maeda, one of the most iconic anime composers of the 21st century, has managed to take all the goodwill that he’s accumulated from his work on critically acclaimed shows such as Clannad After Story and Angel Beats! and burn it down faster than Heath Ledger’s Joker burns down the mountain of money in The Dark Knight. Many anime fans have asked me, “Is The Day I Became a God (Kami Natta) really that bad?” The short answer is yes. For the long answer I can direct you towards the discussions of each individual episode on the Anime Planet forum going into excruciating detail about why this show fails at nearly everything it tries. For the medium answer, I’ll try to give you one in the form of a few summarized bullet points in this review. The story was a complete waste of time. Jun Maeda’s works are infamous for having throwaway episodes that don’t advance the plot or develop character, even a 12 episode series, and then trying to cram the “main plot” into a handful of episodes at the end. Kami Natta takes this to an extreme that I’ve never seen in anime before. It has an episode entirely focused on the intricacies of Majong with absolutely no explanation for those who don’t play the game. Did this become a major plot point later that justified spending an entire episode on it? Absolutely not! The “main plot” stays unexplained for nearly ¾ of the anime and when it finally does come to the forefront, it was not worth the buildup. Any attempts at creating genuine emotional moments were either wasted on making a cheap joke or simply fell flat since the characters were so unlikable that the audience had no investment in them. The characters had no redeeming qualities. Those who have watched the anime, I challenge you to name a single good quality about any one of the main characters. Go ahead, I’ll wait. Yota is so generic he makes Makoto Shinkai’s male MCs look unique. Hina is like that friend who thinks she’s funny but is actually just annoying and embarrassing but you don’t want to tell her because when she gets mad it ruins your day. Every other character basically has no personality or is a copy-paste of a well known anime character trope. SPOILER SECTION FOR THE LAST FEW EPISODES: Even the most interesting part of the anime, Yota trying to get Hina to remember him, was contrived and cliche. It was nothing that we haven’t seen done better in other anime or other media. Just take your pick from the whole Amnesiac Lover TV Tropes Page, which includes an example from one of Jun Maeda’s previous works. If done well, trying to have Yota develop a relationship with Hina under her new circumstances, having to change himself to meet her new condition had the potential to be something interesting, but instead the writers just decided to go for the most uninspired, typical, “I remember the MC now and I love him for no particular reason” route. The production was mediocre at best. The animation was average by today’s standards. P.A. Works anime have remained virtually unchanged since 2010. The best bits of animation were in the “movie within the anime” which sadly looked like a much more interesting way of presenting the same story than what we actually got. The music was a total mess, which is disappointing for an anime created by someone who’s mainly a musician/composer. The music was used to set up dumb gags rather than facilitate genuinely emotional scenes, so often that by the end the audience can’t trust the music that they hear. There was nothing particularly memorable about the music outside the context of the anime either. It was about as ordinary as it could be. The voice acting was fine considering the script the actors had to work with, but no one stood out as exceptionally good. In summary, the most popular clip of this anime was a scene where Hina says that she’s “So loli that [she] can practically kill a virgin.” If you somehow find this out of context scene funny (believe me, it gets no better in context), then maybe Kami Natta’s dumb jokes will make you laugh at least. Otherwise, be prepared for one of the most migraine inducing, frustrating, disappointing viewing experiences that you’ll ever have. My recommendation is that you don’t even bother, and that you be wary of any anime that Jun Maeda attaches his name to going forward.

A lot of potential that was never met. A lot of quesitons that were never answered. Characters you have to force yourself to try to care about. So many plot holes. It's like it tried to be a little bit of Haruhi Suzimiya mixed with Clannad/Charlotte/Kanon mixed with a typical "summer break in high school" anime while also trying to seem "deep" and "psychological" but actually coming across as embarassingly shallow and formulaic. Not the worst anime, no. But I promise you, if you've seen the anime I've mentioned above, you've already seen this. It does what those did but far worse. Writiing is bad, characters are severely lacking, "threat" is underwhelming, music is kind of weirdly utilized at times, animation is fine. Wasted potential. They tried to take on too many themes and direcitons at once and failed at all of them. Such a shame. If they had focused more on the first half of the anime, this could have been the next Haruhi Suzimiya. If they had focused more on the latter half (after properly developing the characters, that is), this could have been the most emotional anime of the season. Pity. 4/10. I would give the first half a 6/10 and the second half a 2 or 3... 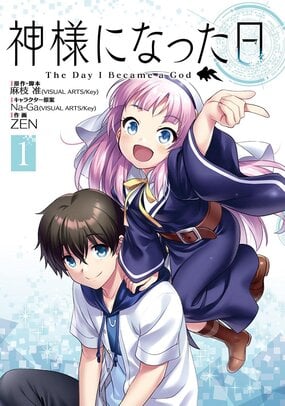