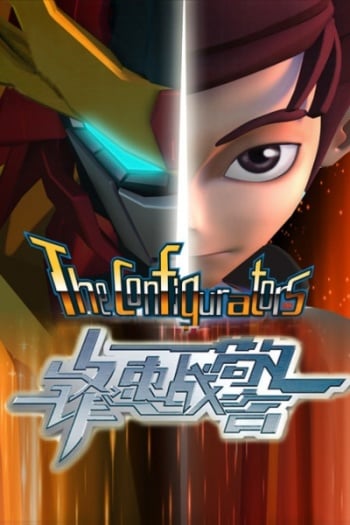 Runin: The Ronin in the Ruined City

Humankind ignored Earth's screams of pain. The result: devastating earthquakes and unknown viruses brought the human population to their knees. As money became as worthless as a piece of paper, people turned to war and violence as a means to survive. Nuclear war was the inevitable conclusion to the loss of civilization.Our story begins in the ruins of Manhattan, now only a decaying mass of the rotting dead and the rampant wilderness. Thieves and murderers run free as if they rule the land under the banner of "survival of the fittest." One of the last living survivors of the Japanese race, Takeru, trains under his master in the ways of the Japanese samurai to bring justice and peace to his friends and family.

Russell, a boy who makes his living off of chasing whale-squids in the oceans off of the land nation Liberistan, meets a strange entity called Liv in the depths of the water. Using Liv's power to greatly increase the control over a Yunboro, Russel is determined to succeed in life in a safe land. Sukaya, the daughter of the cabinet minister of the opposing nation Augustonia, was exhausted from her days in which her efforts would not bear fruit. However, her situation changes when the humanoid robot Ignite awakens and chooses her as its pilot. A boy who holds hope for the land, and a girl who seeks freedom. And so, a new story begins to move in the various lands that the giant ship Gargantia travels to.

The Human Galactic Alliance has been constantly fighting for its survival against a grotesque race of beings called "Hidiaazu." During an intense battle, the young lieutenant Ledo and his humanoid mobile weapon Chamber are swallowed up into a distortion of time and space. Waking from his artificially induced hibernation, Ledo realizes that he has arrived on Earth, the planet on the lost frontier. On this planet that was completely flooded by the seas, people live in fleets of giant ships, salvaging relics from the seas' depths in order to survive. Ledo arrives on one of the fleets called Gargantia. With no knowledge of the planet's history or culture, he is forced to live alongside Amy, a 15-year-old girl who serves as a messenger aboard the Gargantia fleet. To Ledo, who has lived a life where he knows nothing but fighting, these days of peace continue to surprise him.

The story is centered around the Mega Man Volnutt, his partner Roll Caskett, and Roll's grandfather Barrell Caskett, as they search the world, "digging" through ancient ruins, in search of Quantum Refractors (the major source of power for their civilization). Along the way, they skirmish frequently with Reaverbots and Air Pirates.