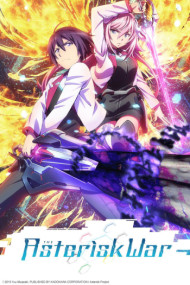 Invertia… an unprecedented disaster that struck the world during the 20th century. Because of this disaster, numerous cities around the world were destroyed. However, within the meteor, an unknown element called mana was discovered, which allowed human technology to make rapid strides. This also gave rise to a new species of human born with unique skills – the Star Pulse Generation. The setting for the world’s greatest comprehensive battle spectacle, the Festas, is an academy city above the water surrounded by six academies called Rikka also commonly known as Asterisk.

Gakusen toshi Asterisk came out in hand with the Rakudai Kishi no Calvary, which is slightly better show. It is yet another unimaginative light-novel adaptation about schools, magic weapons, tournament and weak protagonist who is undefeated badass. Lately this stupid gimmick is so overused. I say stupid, because what is the point of saying about a guy, who never loses a fight that he is "weak". Story itself is quite boring honestly. It is completely open ended for other season or it is the case of read the rest of the source material ending. Not only the end is poor. The very beginning and forgive me for lack of better expression .. It begins as shit. I mean the battle at the beginning, which is never explained. Does make no sense at all. Viewer knows nothing and the show throws at him a battle scene with some generic opponent. The only thing is established is that it is sister of the main protagonist. The fights are not that great either. Except maybe the last episode, where I was mildly interested in the way how the main protagonists are going to win. I knew already they are going to win. I was right about that. However that is just not enough. I didn't care about scheming of various fractions behind the scenes. I didn't care about romance between main protagonist and the "chosen girl" from his harem. I didn't care about friendship of his little sister with the other girl (the "not chosen" girl in love with the main protagonist). Lastly I didn't care for fights with CGI weapons. Especially since there was no balance. Some were clearly OP as hell. Characters usual light-novel stuff with tsundere girl, OP main protagonist, etc. I can't think anything worthy of mentioning about them. Animation was OK, but the CGI weapons were in my opinion slightly off-puting. Soundtrack was ok, but OP and ED forgettable. Overall I would classify this as an average light-novel adaptation. It is easily forgettable, especially because there was other very similar and slightly more interesting anime (Rakudai Kishi no Calvary) released during the same season.

Towards the end of 2015, two light novel adaptations became notable for sharing startling similarities between them. Chivalry of a Failed Knight was considered somewhat refreshing, occasionally playing around with awful tropes and channeling the power of competent screenplays and exciting directing to turn a school battle LN adaptation into something worth watching. Conversely, The Asterisk War failed to meet even the basic requirements to function as a generic work of fiction. It's barely worth the effort it takes to write about it, let alone animate it.Before we start, I dare one of you to make a thread or a blog showcasing the exact amount of problems each episode has. Don't make a drinking game out of it, or you'll die of alcohol poisoning by episode 8. The show literally starts with the main puss ass lead walking into our Tsundere in the middle of undress, under the pretenses that she dropped something important to her. After she claims to owe him one, she tries to incinerate him out of nowhere, resenting him for the rest of the episode in the process. This sets a precedent as to how badly this show will execute and contradict everything, like being low enough to over-sexualize a 13-year-old who regularly gets slapped by her uncle and saved by Ayato, whilst simultaneously acting like her asking for a sparring match the main character she fought of her own volition before is in any way indicator of her strength as a person. Just to provide the illusion that broke as hell Ayato isn't obscenely powerful, they provide flimsy limiters that only work when he uses a specific weapon for too long, despite that he often goes past the time limit of the limiters with no problem until the match finishes. The show breaks its rules so often that its ravaged narrative arcs become that much worse. Even the interesting ideas this dreck presents aren't capitalized, let alone worth capitalizing on in the first place.The world-building is easily the most fractured part of this dumpster fire. The tournament arc has been hinted to be a tournament in which things can get deadly and bloody for competitors, but no one gets remotely injured or killed, aside from that one pointless and awkwardly done flashback scene at the very beginning., if students can summon hovering screens with their hands for no reason, then why do they need to hold them, and why is there actual paper involved? The world-building of this show is some of the worst I've ever seen, as if the narrative wasn't already cheap enough with its trite nonsense, missed opportunities, and romantic mood killers designed to preserve a terrible harem.Speaking of which, Ayato is as horribly characterized and intolerable as his harem, which is one of the worst in the mainstream anime hemisphere. Julis is a trash tier Tsundere who plays up that trope to obnoxious degrees, especially when she retardedly blows up her room in an attempt to scorch him alive for the crime of accidentally seeing her in her underwear. Saya is an obnoxiously possessive loli with all the intolerable tropes you'd expect. Kirin is an annoyingly squeaky pushover with a ridiculously lousy character arc As for Claudia, anything she has going for her can be boiled down to sass, sex appeal, and an insidious and mysterious nature that I guarantee this show won't capitalize on. The other characters are either stupid or wasted, with almost no middle ground beyond just being "there". Easily the most crushing case of the latter is Irene, who is a dangerous punk with a heart of gold and an interesting design. They go out of their way to do nothing interesting with her when it's time for her to fight our unbearable main lead in the finale, and the closest we ever get is how her younger sister keeps her in check, which has also been done a million times. When a character like her is the best character in the show, it speaks volumes of just how worthless this cast is.Visually speaking, this show isn't much better. The colors are certainly bright, and some of the character designs can actually be pretty neat and sexy but the artwork is pretty miserable. It's a low-budget SAO and Aldnoah.Zero style with even shittier and more incomprehensible choreography, and even more all-encompassing fugly CGI. Much like the show itself, the visuals are bad at even pulling off being generic and mediocre, barring a few relatively dazzling environments. Even the aesthetics are gaudy and nonsensical, and the cuts of actually good animation are few and far between. At least Andloah.Zero had some flourish to make up for generic style and cheap CGI.The OST is a mixed bag of vanilla background noise, awful dubstep, and ill-fitting emotional pieces. Even the OP is a milquetoast pop song, in spite of it being catchy. The ED titled "Waiting for the rain" by Maaya Sakamoto and Ramsus Faber is the only stellar bit of music in the show, as it's a pretty stellar emotional track to close out each episode with. If having one good track is all the audio needs to be unquestionably better than every other aspect of this show combined, then I really can't find a better way to call this show dogshit.People put themselves through hell slaving away at this, and no one did a remotely good job beyond the musicians. That's as sad as the show itself. This anime isn't even infuriating or laughable, just annoying and lifeless, which is one of the purest tells that this has no value I can assign to it, let alone any reason to be watched enough to garner a second season. It even fails to live up to its title in any way, shape or form. How this got popular is beyond me, and I'm glad it's dead. 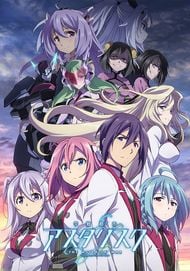 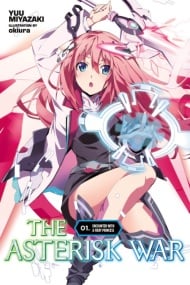 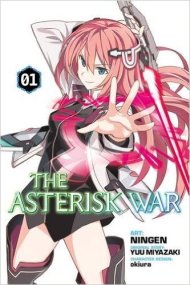 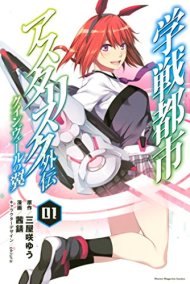 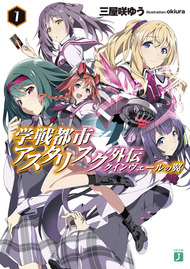