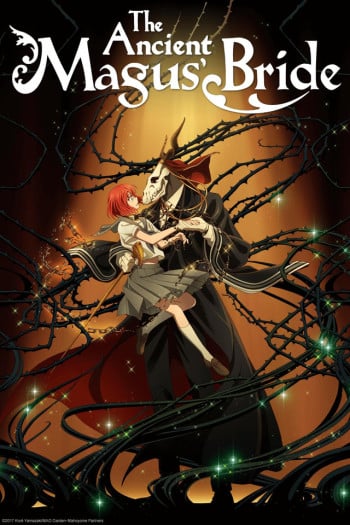 Chise falls victim to a dragon’s curse after she attempts to free it as it’s being sold at an auction. She may not have very long left.

One today is worth two tomorrows

The balance distinguishes not between gold and lead

Everything must have a beginning

Talk of the devil, and he is sure to appear.

None so deaf as those who will not hear

We live and learn

Lovers ever run before the clock

Better to ask the way than go astray

Anime-Planet users recommend these anime for fans of The Ancient Magus' Bride. All available to watch right here, right now!

Both anime explore the different relationships between a human character and a fantastical one. In addiions, the both have unique character designs for their non-human characters, beautiful environments, and some darker themes beneath their fantastical exteriors. I'd recommend them both on their own merits, but I reckon if you have enjoyed one, you'll probably enjoy the other.

They have the same vibe and a very similar concept. And they both have excellent cinematography.

In the kingdom of Kouka, Princess Yona lives a sheltered but peaceful life with her pacifist father, King II. Surrounded by attentive servants and protected by her bodyguard Hak, Yona's only difficulties in life are her unruly red hair and trying to convince her father to let her marry her cousin, Soo-wan. But on the night of her 16th birthday, Yona suddenly...

What these animes have in common might not meet the eye at first glance, but they are playing within a magical and historicl setting (though culturally different). They feature red-haired female leads who have lived through betrayal by the closest people to them. Both series have a romantic streak. They are visually appealing and have a good (Yona) or even superb (Magus Bride) storyline and character design.

Love both, två of the Best in my book.

Do you love fantasy and a very good story, this to are for you.

The one thing who is diffrent the most with this two anime is that in "Magus Bride" there is magic.

Both have strong female leads that eventuially learn to overcome their own faults and grow as characters, coupled with beautiful artwork and a strong plotline, they're sure to have you hooked for then chapter! 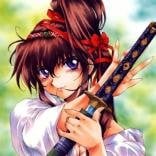 Some motifs of Kakuriyo no Yadomeshi immediately made me think of Mahoutsukai no Yome.

Both center around a budding romance between a human and non-human. Both include a cast a colorful side-characters and spend a great deal of time exploring the world around the characters. Both have beautiful animation and music. Main difference is that the plot of Bed and Breakfast for Spirits involves food while the plot of Ancient Magus Bride involves magic.