The Ambition of Oda Nobuna - Videos 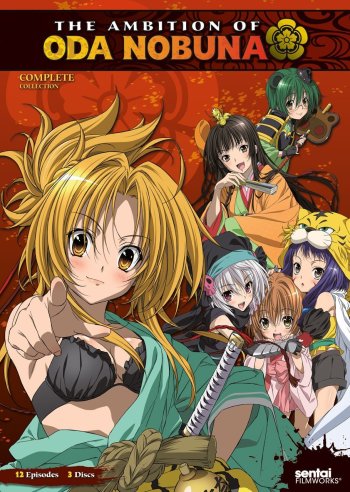 At the battle of Hiei Mountain, Oda Nobuna will become history’s tyrant or something more.

Nobuna and the Monkey

The Plan of the Genius Strategist

Sunomata Castle in a Night

The Battle at Kiyomizudera

Anime-Planet users recommend these anime for fans of The Ambition of Oda Nobuna. All available to watch right here, right now!

Hideyoshi is a typical middle school girl, concerned with fashion, trends, and boys. So when she is transported back to the warring period of Japan, culture shock doesn't even begin to describe her reaction! In this world, the inhabitants are only women, and this gender bending take on Japanese history sees Oda Nobunaga seeking the Crimson Armor in order to... 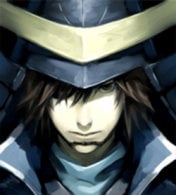 Both main characters are sent into the past and replace the same historical figure. They use their future knowledge or technology to an advantage.

Set in the Sengoku Period with Oda Nobunaga's conquest as the focus and have a twist of almost everyone being female.

Battle Girls: Time Paradox characters are busty, while The Ambition of Oda Nobuna have loli characters.

It's practicly the same anime. In both there's a story of oda nobunaga, in both he is a girl, in both the main character is from the future. In both most of characters are female. The difference is some of the charaters are male in madhouse production and many of the female charcters in it are little girles 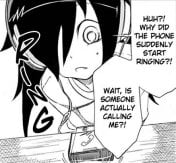 both have fighting, and the occasional ecchi scenes, the female leads are both tsunderes, and both mc's have something special to bring. (in oda, the mc knows where when and how the battles will be faught, and in znt, the mc can weild weapons.)   both are great anime's in mu opinion, and if you like one, you'll probably like the other.

Both main characters of these two animes came from different universes, and begin to serve a girl, who initially treats him like a worm, but then begins to treat him with more affection (Tsundere characters).There is also the fact that in both anime, the main characters know how to handle situations while others do not.If you liked this anime,'ll surely enjoy this other.

If you enjoyed one of the series, I am sure you will like the other one,both have a great comedy aspect and a good plot.In both anime there's a guy coming from an other world,both serve a tsundere girl whom both end up falling in love.Both main character have unique knowledge about there own world which help their master through all the story.

Tigrevurmud Vorn, the young lord of a remote region far from the kingdom's center, is commanded by the king to go fight the war against a neighboring country. The leader of the enemy is Eleonora Viltaria, one of the seven Vanadis given supernatural arms from a dragon. The moment when an archer boy and the silver-haired beautiful war maiden meet, it is the...

Both are all about war and combat and strategy and therefore contain a good amount of action. Also, both have generals that are girls. Both anime are about a main character who is a subordinate of some warrior girl who is trying to bring peace to the land. Both are awesome!!

both main characters are in a very similar situations. both animes are really good and worth watching. there is some ecchi and comedy, so if you are looking for any of those you will definately enjoy both shows.