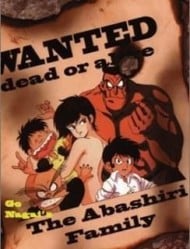 For sixteen years, the exceptional crime family Abashiri has harbored a dangerous secret that could tear them apart. Made up of the boss and his four children - panty thief Goemon, cyborg Naojiro, explosive-happy Kichiza and martial arts-wiz Kikunosuke – the Abashiri family murdered and stole with ease – until now. On the eve of one last bank job, the boss unveils this secret, which his dying wife swore him to reveal on Kikunosuke's sixteenth birthday: Kikunosuke is a female - the first female born to the Abashiri family in eighteen generations! The boss would like for her to live a normal life, and thus he sends Kikunosuke to a prestigious private academy to train; but little does he know that the school harbors a dark secret, and that Kikunosuke might not make it out alive!

This is amongst the most deprived, violent and pointless retro anime I have ever seen! Every moral organization in the world has reasons to sue its producers. It is brimming with bloodshed, brutality and sexual abusing! .…………….. I LIKE IT! ENJOYMENT [It is completely pointless but addictive for the same reason.] Four episodes of non-stop massacres, tortures, rape attempts, bloodbaths. If you are a sucker for that kinds of things and don’t get offended by amoral worldviews, you will love this one. Think of it as the complete opposite to series like .hack//SIGN. But I strongly urge you not to watch it if you prefer cheery situations and moral characters. And it is also empty of anything other than brain dead entertainment, so it may be alianating to most. STORY Not much in four episodes. In a chaotic world, a family of murderers goes to rob a top-security bank and a massacre occurs. Because the youngest daughter of the father (and leader) of the family is the first female born in several generations, the father decides to help her live a normal school life and steadily change the way of life of his family. So, he sends her to a private school, to become feminine and learn to live without killing.Unfortunately, the school is in reality a training ground for murderers, were students get tortured, killed and raped daily, without the outside world ever knowing the truth. The girl has to fend of the teachers, make the cowardly students revolt and inform her family for support. More massacres are on the way. As I said, it is a pointless series, so the story makes no sense nor does it try to explain why and how everything are as they are. Don’t try to reason with it; just watch it for cheep, sleazy entertainment. But hey, it is excused if it’s something Go Nagai put his finger on. CHARACTER [cool looking but empty boxes] Again, not much. No character has a backdrop story nor has a strong presence. You will mostly care about their actions (whom they are going to kill or sexually abuse next) and not themselves. Plus, most characters get killed before you manage to like them; so don’t try to bind with them. ART [Good motions, bad drawings] First of all, it’s old school animation. It aims at people who like titles from the 70’s. That is why everyone’s faces look so silly and simple. I personally liked that aspect for one and only reason. All those old anime were not so violent, nor were they so amoral. They felt too much like silly adventures, so watching this kind of bloody and hentai scenes satisfied my long desire of watching a really violent old-school series.Beyond that, the character figures are simple and the motion fluidity is very crude. The body motions are good to look at and all those violent / torture scenes were unrealistic but got the message through nicely. SOUND [What? Sound?] There was music? I don’t remember… Which means, that voice acting and music themes were nothing to remember. VALUE If only it made more sense or if it had backdrop stories, it would have high rewatchability value... But it didn’t; so off with it! SUGGESTION LIST Splatter and angst galore series to watch are Elfen Lied, Fist of The North Star, Gantz, and Berserk. As far as sexual abusing goes, almost all hentai titles have a lot more hardcore scenes with girls being tortured and raped.

This is an old and almost forgotten show. The only ways to watch it are online or VHS. Only the online versions have sub-titles. English dubs were not made. That aside, if you do get a chance to watch this 4 episode show, you'll find that old school still holds up today. It is a tad bit rushed. Cramming 15 volumes with 50 chapters into 4, 18 minute long shows will do that. So, that being said, I'm sure there is more to the story than what you get here, but it's still pretty good. You get a fair amount of action, a dose of mild fan service and a dash of comedy, for good measure. All and all, while Abashiri Family is not the greatest show in the world, it is worth the watch. And at a combined length of 72 minutes (1hr : 12min), you can get through it in no time. Even if it's just to say you saw it. 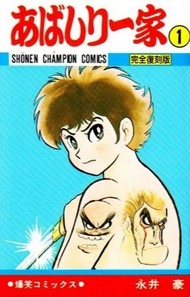