That Time I Got Reincarnated as a Slime Season 2: Part II - Reviews 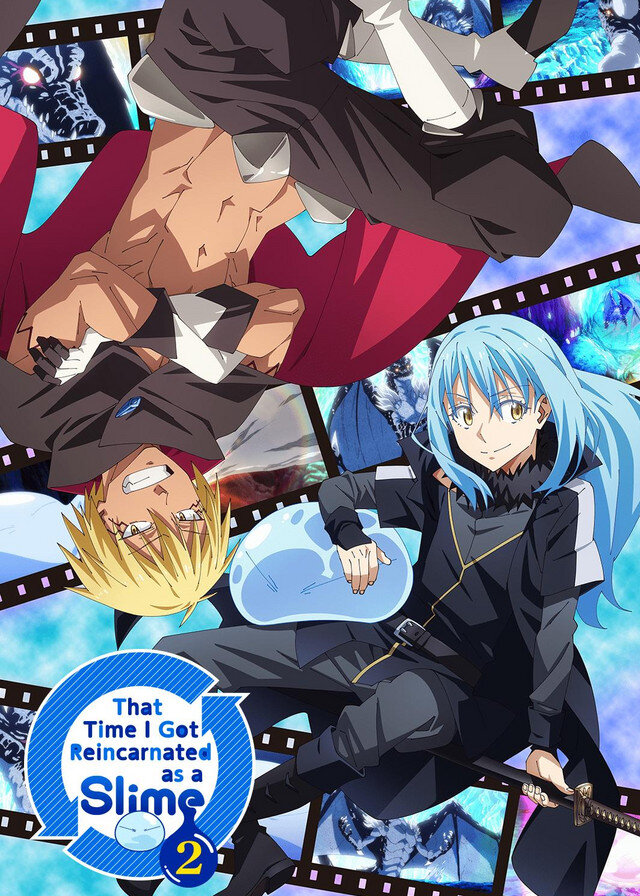 I dont normally write reviews but all the reviews are saying how boring this season of That time i got reincarnated as a slime is and how they talk the whole ep and dont fight. The only reason they drag the eps because this is the end of the arc in the light novel and they can't add anything from the light novel without adding from the next arc. This seasons fights were amazing and 8-bit out did themselves with this seasons animation. Dont let any of the other reviews discourage you from watching this. The pacing was slow but it is worth watching through to see the amazing fights.

The real problem of this season is that it is just super boring. That Time I Got Reincarnated as a Slime is a gem, no problem about it, but it just feels that this anime is like that friend that loves overstaying their welcome and you just cannot tell them ‘get out,’ because you care for them. It is an open secret that this series has a number of completely useless for the story episodes that just could have been cut. Yet, the anime just feels to be trying to milk as much money as it can and I do not mind it, but after The Slime Diaries you just want something more than that, yet, what you get is an anime where half of the episodes have little to no importance for the whole storyline. I mean, you already know who the main villain is(it is shown in the very beginning of That Time I Got Reincarnated as a Slime Season 2: Part II) and there is no tension whatsoever because of that. Meaning you observe some minor characters like that Clayman, who is just one of the cringiest villains ever and you just cannot enjoy what is happening.

Indeed, if you like watching anime where nothing is happening, or want to see 100 more episodes of Rimuru surpassing some creatures that are even stronger than Gods, because at this point you already know that Rimuru is just like some being close to the God, which again makes you 100% sure that whatever may happen in the future, Rimuru will make it anyways.

stop talking and give me some action

you're running out of episodes to keep discussing future plans.

It's just softening the blow for when this anime truly ends.

Also the intro is trash. (why english??)

This series has a serious issue with pacing. This entire season is nothing but fluff and filler. Six episodes of people sitting around talking and maybe, maybe, there was enough exposition in all six to be condensed to one. I'm no stranger to slow burns with lots of character growth, world building, or intrigue. But this season (and most of last season) has none of that. We literally spend an entire episode just so we can learn what we've already been told.

A pretty good synopsis of the season:

Did you know bad things are happening? Did you know there are other reincarnated individuals? No really, did you know that bad things are happening? You must not know something bad is going to happen, so let me explain why. Oh, also, let me explain how we got to this point. Did you catch what I said? No? Okay, I'll repeat it for you. This time, I'll repeat it from the perspective of someone else.

Congratulations, I've just covered the majority of the content of the first six episodes.

From becoming a Demon Lord and recarnate his friend Veldora the top-class existence. Rimuru begun planning a strategy against Clayman...

Warning! General SPOILERS But The Conclution Is Safe. Warning!

Unfortunately the hype that the start got got lowered by the season just put the story as 70-ish % planning and talking with the same group of people during a time frame that was what I felt the same day in story time.

All planning was after each other and it was nothing more than a move to convince to get new alies that wasn't in the battle afterwards and already alies that helped Rimuru. In my view the ones that needed convincing was alies he didn't need at the current story and the alies that he already had already had conflic with clayman and would help anyway.

Like many others are saying talking out the plan makes the excitement lower in battle as we already know it but maybe they did the long planning session to make people like me to forget what they said out of boredom...

Characters on Rimuru's side were great as we got plenty of story from the past season but Clayman specificly were just nothing. Maybe the planning phase should have hyped us up by giving stories about how "Strong" Clayman was during the planning and a great backstory to hype it up rather than seeing the story about clayman compared to the alies of his was that Clayman was the worst of all of them while the fight begun.

Sound & animation was great but nothing that memorable. Therefore they got 8 out of 10 but needed to get memorable in my view.