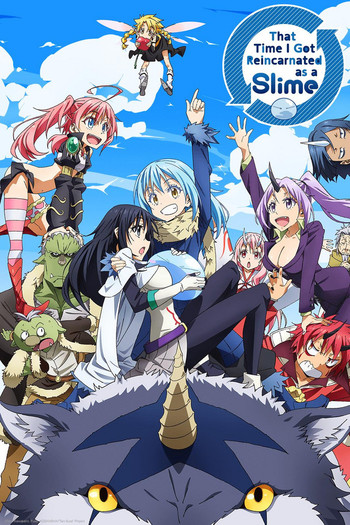 Battle at the Goblin Village

In the Kingdom of the Dwarves

Attack of the Ogres

The Gears Spin Out of Control

Don’t you just love it when fans of a show constantly make up reasons for why what they like is unlike anything else? In the case of this show, it’s because the protagonist is a slime. Aha, see, that has never been done before! Did I mention how despite being the weakest monsters in all JRPGs, he’s actually more powerful than the gods? Or how he also turns into a cute girl early in the show? How original!Other than that, it’s a typical isekai series that checks all the usual clichés in the book. A loser virgin from our world gets reincarnated in a different one that functions like a videogame, where he is ridiculously overpowered, easily defeats all opponents, makes everyone his allies, and every female rushes to squeeze him between her huge melons. It’s literally just another power fantasy for collar workers of Japan who wish they were the masters of their own world.The main hook of the show is the constant evolution of the slime’s abilities, and the growth of the society he builds every time he completes a quest. Both of which are done in a breezy, wholesome way. The protagonist can instantly copy any ability from creatures he consumes, and with them powers through any problem that gets in his way. It’s all done in a cheap way, since there is no sense of training or learning. It’s all about using abilities you gained and you use them as easily as pressing a button. Also the allies he makes are to the most part joining him after being overwhelmed by his powers and not because they gained his trust or see him as a fellow warrior. The direwolf in the early episodes is a prime example of that. He accepts the slime as his master despite having killed his father and a lot of his friends. There is also no actual plot to speak of, since every arc plays out like a loosely stitched together quest in a videogame. The protagonist is not actively trying to achieve a specific goal. He wants a peaceful society, but doesn’t actually do something about it, besides reacting to whatever comes his way and that conveniently results in making the society better. The story is as lazy as the logic behind acquiring new abilities.There are no interesting characters either, since they are all fairly one-note. Whatever powers they have are quickly eclipsed before the slime. Whatever background stories they have are quickly forgotten in favor of the next loosely stitched together quest that appears. Even the slime is not interesting as a character. He’s just a carefree nice guy who has nothing to struggle towards, since he can easily overcome any problem with sheer power. Even when a demon lord that is stronger than him appears, he just befriends her by giving her food. And said demon lord is a bikini-clad loli. The author just doesn’t give a damn.Despite all that, the show managed to win a lot of watchers by being a wholesome civilization-building isekai. It works as far as escapism goes and, unlike most anime, doesn’t break any rules or betrays its initial premise. It is shameless empowerment fantasy from beginning to end, a thing which is not afraid to admit at every chance it can. Kudos for that, but it is definitely nothing great.

Ok, so this show might just as well be called „Tonal Issues the Anime!”. I still liked it very much though. It takes an interesting spin on the isekai genre, has good (albeit sometimes a little childish) comedy elements in it and most importantly it features a quite likable protagonist and side characters. First - the story.  As I mentioned the story has ‘some’ tonal issues. The show can take You from a child dying in flames in a war-ravaged village to a joke about being a virgin to another (violent) death and then to another joke about destroying porn in a span of a single episode. To put it mildly: it can be jarring sometimes. I have a feeling that the author wasn’t sure what audience to pick since some themes of the story feel ok for a kids show and some appear pretty mature. Having said that the plot is very decent for an isekai show. The story revolves around the everyday lives of characters and solving (very simple) economical/logistical/philosophical problems which I like very much. It’s just little adventures of the main protagonist and his friends. Similar to the slice of life anime the series is more about the characters than the plot itself. I also have to mention that (obviously) the job and um … the race of the protagonist is quite different from other isekai shows. The series handles this very well: being a slime gives the protagonist many advantages and he uses them in clever and unexpected ways.  The comedy elements of the show are pretty good and while they won’t have you rolling on the floor laughing I’m pretty sure they’ll get at least a smile from most people. Second: the animation. The animation is decent but not much more. I found it much better in the first episode than the later ones but it might just be my taste. The character design is generic and it's supposed to be that way. As with Konosuba or Goblin Slayer, the whole point of the show is to take a generic feeling world full of tropes known to the audience and provide a fresh spin on it. Third: the sound. The sound is ok. The music is bright, light and forgettable and the OP is decent but nothing more. My only complaint is that the show should have stayed with the original voice actor of the protagonist - I liked him much more than the one used in the later episodes. Fourth: the characters. The main character sells this show. He’s likable, witty, kind of shy and capable. Since the plot of the series is centered around his adventures and everyday life, he has some time to be fleshed out as a character. His motivation for having those adventures is a little thin, but it is there and since the show is very light-hearted I’ll let it slide. While he is overpowered (why this trope again isekai, why??) the plot forces him to use his wits rather than brute strength which is fun to watch. The side characters are quite likable but not very fleshed out (apart from one which I do not want to spoil to You). The plot sets up their goals and motivations for working with the protagonist pretty well. Verdict: It's a lighthearted comedy about a guy turned into a slime. You may take it or leave it, but I think it’s worth checking the first three or four episodes. 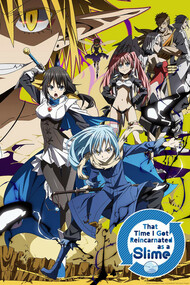 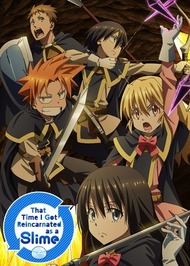 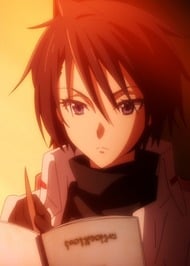 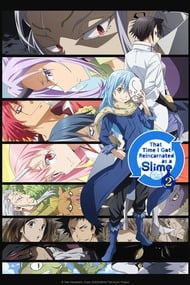 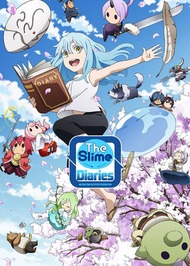 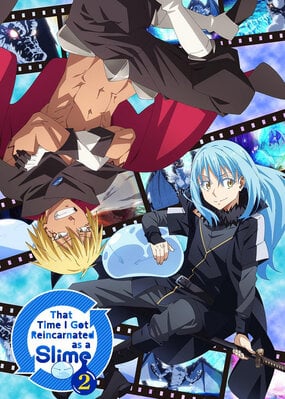 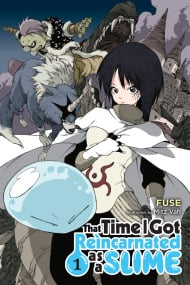 That Time I Got Reincarnated as a Slime (Light Novel) 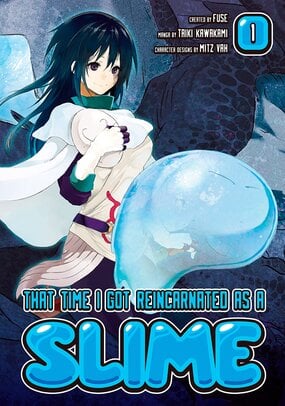 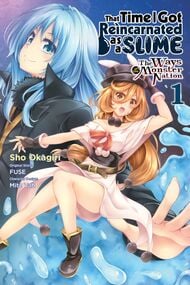 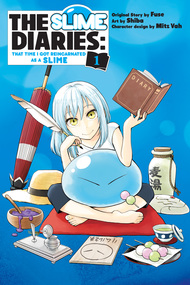 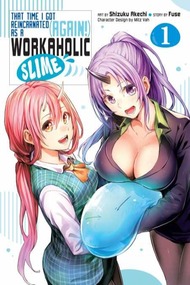 That Time I Got Reincarnated (Again!) as a Workaholic Slime 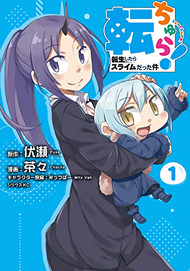 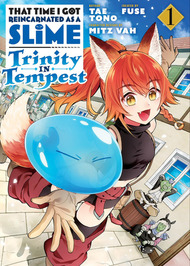