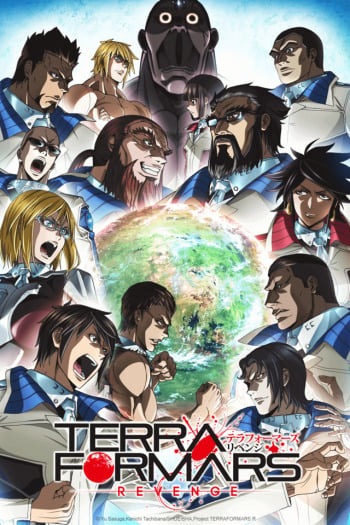 *My first positive point was one of the reasons I really wanted a second season of Terraformars and that was number 1. In the second season we finally get to see the strongest fighter of the crew or at least he is according to the MARS ranking. Now next to number 1 I was also glad that Keiji returned in the second season since he was one of my favorite characters in season 1. And here he played an important role instead of just having his own arc like in that first season.

On that note I also have to mention that the second season puts a lot of focus on completely new characters that get introduced in stead of building further on the important characters of season one, I mean they’re still there but they don’t get as much time and development as they got in the first season of Terraformars.

*Continuing on the characters I have to say that some of the backstories of the new characters were pretty sad. That’s something that Terraformars fortunately kept from the first season. To me the saddest backstory of this season came from Alexander. He had, in my opinion, the most compelling backstory combined with what happens in the anime. Now expect for him, the other backstories didn’t came to the level of those from the first season. They were still good but by far the best arc in this entire anime was the one of Adolf in the first season. I really liked Adolf and his story and this season’s characters didn’t came close to his level.

*Next point was that this season diverted a bit away from the first since in this season we don’t only get the battle of man versus roach like in season 1 but also the fight of man versus man. And this double fight added an extra layer to the anime. Whilst on one hand we still saw some epic fights between our characters and the roaches, they also had to fight each other in order to survive.

*And the last thing that I want to say isn’t really a positive point but more of an overall thought that I can’t get out of mind about Terraformars. How doesn’t this anime cause more controversy when it comes to the design of the characters. If we’re all very honest for a moment and look at the design of the roaches. Don’t they look suspiciously much like the stereotype of a black person? I’m not trying to be racist, I want to make that clear here. But if I look at the roaches with an objective eye, I can’t help but make that link. I mean the roaches are big, buffed and the whole facial structure resembles that of the black stereotype a bit too much to be coincidence in my opinion.

And if we look at the other side of the perspective: Joseph, number 1. Super strong, blond hair, blue eyes, comes from pure bloodlines. Am I the only one who immediately thinks of the Arian race as portrayed by the nazi’s in the second world war? Again, it’s just too much coincidence that the strongest guy in the anime looks like that. But remember that these are my personal thoughts on this matter and it could be total bullshit.

Now the negative side of this review because I think that everyone who watches anime has seen or read some of the reactions that were released after the first episode. And yes they were quite some problems with this second season.

*Like the animation. I think that everyone who watched the first episode of this season had a heart attack whilst watching it. Why did Lidenfilms, the studio, completely change the animation and art style of Terraformars? The whole dark and depressing atmosphere that was present in the first season was gone through this new, simpler kind of art. I liked the dark animation from season 1 a lot more like probably almost every Terraformars watcher.

*Now you could say that there wasn’t that horrible censoring anymore from the start of season 1. But that’s not really helping here since there was nothing to censor anymore. Where was all the gore? The violence, the blood, the gore, that’s why we watched the first season of this anime. That’s what made Terraformars enjoyable to watch at. But now in this second season they just erased all of the gore, almost all of the blood and therefor the violence and fights were so much lamer than in the first season.

*Now for all the gore that they erased from the anime, something came in return, the comedy. Why? Why put such lame ass comedy in an action, horror anime like Terraformars? I wouldn’t have minded some comedy in this second season but it was so stupid, the cringe was so real. It was like they took the first season and flipped it over completely. Let’s get rid of the dark animation, the blood, the gore and the overall depressing mood and replace it with simple, more colorful animation and lame comedy. Did they do that to apply to a broader public? Lidenfilms made quite the misjudgment there because they lost the interest of all the original watchers.

*And my final negative point is the same like in my review of the first season, the open ending. The biggest fight of Terraformars still has to start. Now if I want really want a third season depends on the way Lidenfilms would take this series. If they continue on the path they are on now, then is doesn’t have to for me. If they return to the old standards they hell yeah I want to see another season. The question also remains is they can make a third season since I can kind of feel that the profits of this second season aren’t massive.

So as a conclusion, you can look at this second season from 2 different perspectives. If you look at it and compare it with the first season, it’s crap. From the animation to the backstories to the overall mood this second season was of way lower quality as the first. But if you look at this season independently from the first, it was still okay. But I can’t ignore the wrong that they did to this franchise in this season and that’s why I’m going to rate Terraformars: Revenge at 2,5 stars. If Lidenfilms are going to make a third season, they better get their shit together and give this manga the anime adaptation that it deserves.

I'm leaving the overall 4. The story is great based on the first season (original show). My issue stems from the patronizing feel I recieve from the new director. Alright a real review.

Based on the original Terraformars, Revenge picks up where it left off. However, unlike the "first season" Revenge feels and acts more like DBZ or Naruto rather than Hiroshi Hamasaki's work. The antagonist ....  Sorry, I've nothing really good to review about this show. I'm not happy with the new direction. While Takashi Miike has a pelethora of excellent works, Hiroshi Hamasaki's was a different feel.

So to stop my whining let me say this; If you're watching the Revenge because you enjoyed Terra for Mars, stop. However, if you're just jumping on board, well good luck. 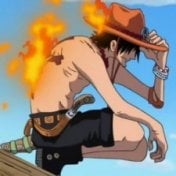 Well, I'm disappointed. The second season change a lot of stuff. In the worst way. The art is changed, no more dark oppressive mood, now it look like the majority of the anime, more colourful and simple. The gore is gone. The action and the fights are boring and bad maded. The story takes place in a more trite and develop more slowly. In the first season happened a lot of thing while in this happened just like 2-3 and are boring. I'm hoping in the third season to come back to the old style/studio but i'm scared that cannot happen. Oh, did I mentioned that even the scientific parts are gone? No more explainetion about how certain animals or stuff works. Just a little info here and there but nothing of intresting..
I didn't understand the sword. Why and How?
But hey, they took us away everything cool from the first season but they give us humor! Boring out of content humor! Should be glad, do we? No.

If you want to know very quickly what can I say about the differences between the seasons, content for public speaking, all that I can say could be:
Season one  18+
Season two  13+

So in the first episode it addresses almost every single point I brought up in my review of Season 1. It's almost as if they read it?!! Lol obviously not but someone with common sense must have spoke up and told them to fix it. So they tried!

Season 2 is a GIANT departure from Season 1. Animation bright cartoony vs S1 muted palette. The flashbacks happen less frequently and in a more organized manner. The story is addressed as to why they'd send 100 non combatants to place where soliders got destroyed at before. Exposes more of the behind the scenes manipulation of world powers. Sound not as good though.

It's tolerable and is more cohesive but it's still not amazing. When you have couple million cockroach hybrids, the odds are stacked so incredibly against them. There's not really any stakes and it's not surprising when anyone dies. Although this season they cut down on the deaths, but that's probably the only thing I enjoyed from S1. Because there was zero way 100 soliders could fight off the millions of bugs there. Add to it the bugs don't feel pain, have other hybrid genes spliced in and are super smart and they were sent with no weapons!

It's like they tried to reboot S1 but this direction wasn't much better. To top it all off, they leave a "cliff hanger" ending. What IDIOT thinks they're going to do a third season of this train wreck 🤣🤣🤣