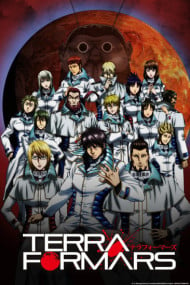 With Earth becoming increasingly overpopulated, an ambitious plan has been put into place to terraform Mars using mold and cockroaches. Nearly 500 years after the plan, a mission to Mars, Annex 1, is under way to accomplish crucial research into the Virus currently plaguing mankind with the crew members who've been injected with various DNA of life on Earth in order to combat the Terraformars, giant humanoid cockroaches.

I'm an avid follower of the Terra Formars series and I was very hyped to hear the manga was getting an anime adaption. Here is my indepth review of the anime adaption based on 3 episodes released so far. Story In the 21st century scientists came up with a plan that would allow humanity to inhabit Mars. The plan was to send cockroaches and mold to the surface of Mars so that the mold would absorb the sunlight and the insect corpses would serve as a food source for the mold. The plan itself would take five centuries to come into fruition. Finally in the year of 2577 A.D., U-NASA sent the first manned ship, BUGS1 to Mars. The mission was simple, capture 10 living cockroach specimen, both female and male and return to earth. But shortly after arrival the 6 crew members are brutally slaughtered by giant mutated humanoid cockroaches. Before their demise they were able to send a transmission to earth briefing their situation. In 2599 A.D., 22 years after the demise of BUGS1, U-NASA sent another manned ship to Mars, BUGS2, to exterminate the cockroach threat. The crew of BUGS2 were all physically modified with a surgery called the Bugs Procedure. The surgery has a 36% survival rate. This allowed the person to undergo a mutation that gave the user higher physical endurance, speed and strength, along with unique insect abilities, depending on what insect they used as base for the surgery. The BUGS2 was an utter failure aswell with the crew being almost annihilated soon after touchdown. The crew contested the cockroaches but were way outnumbered. In the end only 2 of the crew of 15 survived to tell the tale. The anime adaption starts 2619 A.D., 20 years after the failure of BUGS2. U-NASA plans on sending a third manned ship to Mars, ANNEX1. This time with a crew of 100 physically modified humans, all who have undergone the Bugs Procedure. The captain is Komachi Shokichi, one of the BUGS2 survivors. The reason U-NASA has decided to send another manned ship to Mars is because Earth is plagued by a virus that has a 100% mortality rate, the Alien Engine Virus. Sources indicate that the virus is of maritan origin. There's no way of cultivating the virus on Earth, thus they need to get samples from the source of the virus, Mars. That's the plot in a nutshell. The idea itself is interesting, as ridiculous as it might sound to send some mold and some roaches on a planet where the normal temperature is -60°C and in the winter up to -125°C. It goes without saying, an insect wouldn't be able to survive in a climate that cold, a cockroach is no different. Let's not get over our heads though, there's series where this is possible, in Terra Formars. Terra Formars can be compared to Shingeki no Kyojin in terms of atmosphere. No one is safe, anyone can die in a few seconds. This is what makes the series so interesting. It keeps you glued the whole time. While the idea of giant humanoid cockroaches might be ridiculous, the series are very enjoyable nontheless and the fighting scenes would really deliver, if it wasn't for the crippling censoring. Animation The animation is done by a relatively no-named studio named Liden Films. Some of their works include Senyuu. and Aiura. This is their first anime work that has alot of brutal deaths, and it shows. First of all, the animation itself is pretty generic, nothing to praise about, it's quite a lackluster to be honest. As some of you have probably heard, the series have an atrocious cringeworthy clusterfuck of censoring. Just wait for a Blu-ray release and hope that they uncensor this. Overall the action scenes are pretty much unwatchable. Only reaction you'll have is: "WTF, why?!". Some faces are animated really derpy, as you can observe in the 'Characters' section of Terra Formars. Liden Fails did a bad job on this, if Madhouse e.g. did this, it'd been a whole other story. Sound Both opening and ending theme are performed by TERRASPEX. The opening theme, "AMAZING BREAK" is a fitting theme for the series and the theme animation is great especially the part featuring Alex Stewart and Marcos Garcia. The ending theme, "Lightning" was a surprisingly good choice for the ending theme of the series, it wasn't a letdown. The soundtrack gives an eerie feeling to the show and creates a very spooky atmosphere, they did good on the soundtracks at least. Characters The anime adaption doesn't build all the characters properly, they feel distant compared to the manga where all the main and supporting characters had proper flashbacks and build up. The anime doesn't show us how Alex, Marcos and Sheila ended up at U-NASA. The manga had a whole chapter showing their past and why they ended up taking the surgery. If you're a side character you die, that's pretty much their job in the show. Overall The adaption so far hasn't been promising, I'm disappointed in the amount of censorship and the animation in general. If you can overlook the censoring for now, the series will definitely be enjoyable. I recommend you read the manga and watch the OVA episode 1 of Terra Formars before even thinking of dropping it. As for the TV series, I recommend you wait for Blu-rays, the last volume will be out in June 2015 so you'll have to wait a while. I'll update this review when more material comes out and the series eventually finish.

Here is my review for the 13 episodes adaptation: terra formars created a whole new level of dark sci-Fi, for real. the show has one of the most original idea I have ever seen mixed with thrilling plot Ina chain of battles aiming for survival. It is revolving around human beings getting knocked down from the top of the food chain by human scale cockroaches. Discussing their ability to take back control and unlike Attack on titans they have a very good chance cuz they can transform into bugs. I would never thought I would say this about an anime but Terra Formars is very educational it gIves you this strong urge to know more about each new creature or technology they introduce from types of insects to scientific theoryis and political dessicions.  Best Quote: "Man is weak" Adolf Reinhardt 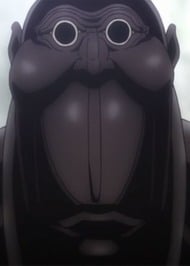 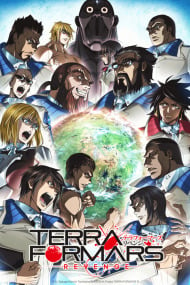 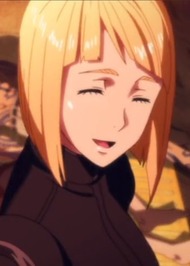 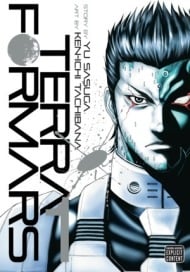 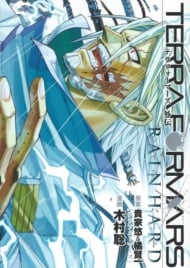 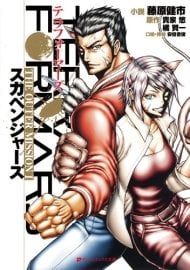 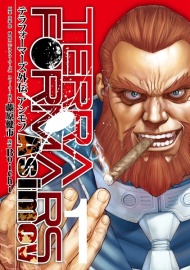 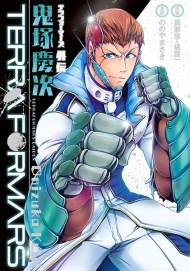