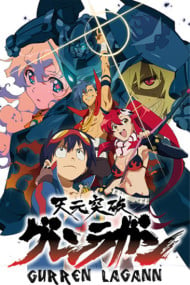 Bust Through the Heavens With Your Drill

Who Do You Think You Are, Having Two Faces!?

Having Lots of Faces Doesn't Make You Great!

Sit in the Hot Tub 'Til You're Sick

You're Gonna Do It!!

What, Exactly, Is a Human?

Who Is This Bro?

Yoko, Will You Do Me a Favor?

StoryThe sci-fi shounen genre has never had it this good. Okay, not never, but Tengen Toppa Gurren-Lagann is one of those rarities which has clawed its way out of the pile of junk that stinks up the shounen genre to provide something truly refreshing. Tengen Toppa is Gundam on speed, Dragon Ball with brains, Code Geass with sentiments, and has a liberal dose of Toward the Terra TV's epic feel; it's loud, it's brash, it's explosive just like all the others, and yet it actually spins out a mature and compelling story with deep characters and moving subplots. Tengen Toppa progresses in what can be described as two distinct chapters separated by a time leap. The first chapter is a breathtaking and - dare I say it - flawless introduction to a unique setting and immediately likeable protagonists; moreover, the ‘quest' structure means the story progresses at a steady and logical pace, whereby every power-up feels natural and every victory is truly epic. The second chapter is an unexpected clever twist to the initial set-up, and, as such, will not be discussed for fear of spoiling. Needless to say, Tengen Toppa's focus shifts from providing a series of power-ups and simple good-versus-evil battles to a fairly complex weaving of political and philosophical ‘grey areas', human empowerment, and romance. The overall effect of this style of plotting is shockingly effective; what starts off as a hyperactive conglomeration of concepts, such as mecha combining and fighting with giant drill-shaped arms, and primitive societies living in caves, actually takes on real meaning in the grand scheme of things. However, while the second chapter smoothly builds on all the concepts developed in the first, what mars Tengen Toppa's largely excellent achievements is the jarring transition point in the middle and a somewhat drawn-out battle. With the three episodes of transition in the middle, the pacing suddenly becomes awkward, the characters have undergone some drastic changes and so have to be reintroduced, and something about the extravagant style appears to fade; with the ending, the problem is just the length and unimaginable metaphysical scale to which the battle evolves. Luckily, what stays with me long after having finished Tengen Toppa, is not the flaws, but the indomitable energy and eccentricity with which the tale is spun.AnimationIn all honesty, I haven't enjoyed a world concept like this since Jyu Oh Sei. The effort put into developing both a believable and yet wholly refreshing universe is admirable; the eye gets to feast on a quirky colour palette of primary colours, inventive animal species, bold outfits, and truly unique mecha designs. As well as motion that is fairly smooth, the animation allows for hilarious facial expressions and enough juvenile creativity (did I mention the giant arm-drills?) to appeal to the child in anyone. Moreover, the distinct ‘comic book' use of light and shadow and extreme camera angles makes for an excellent dramatic atmosphere during many of the climactic scenes. Also watch out for an episode early on which is actually directed and animated by the same studio that created Beck - the animation style is just unsuitable and may call for an uncomfortable adjustment.SoundThe pop-rock opening theme is suitably lively and fun to listen to with every episode, and the second more punky ending theme does grow on you after a while because of the catchy chorus. Furthermore, the score during the episodes is a good mix of instrumentals, hip hop, metal, and electronic beats; in particular, I enjoy the epic ‘Libera Me From Hell' which moves from rap to opera to instrumental all in one song. In terms of voice acting, everyone performs well, although Kamina and Viral stand out as being the most dynamic vocally.CharactersTengen Toppa would not be half the anime it is without Kamina, the thread that holds the entire fabric together, both literally and symbolically. True, Simon is in fact the central protagonist, but being cocky, charming, invigorating, tragic, and fearless, the star quality Kamina brings to Tengen Toppa is unrivalled. Simon, on the other hand, does not show his mettle until quite late into the series; much of the beginning and middle episodes are used to peel off the layers of his innocence one by one until what is left is the determined core. In the end, despite riding a powerful mecha and making some great speeches, Simon turns out to be only half as charismatic as might be expected. He is certainly not as fun to watch as some of the other less central characters. Those others would include Yoko the sassy sharpshooter, who becomes the sole victim of the tiresome ecchi shots; Rossiu, a former priest's apprentice whose development is one of the most complex; and Viral the beastman, who turns out to be far more than just an amusing recurring antagonist. Actually, the high number of fully developed and memorable characters is commendable considering Tengen Toppa is only twenty-seven episodes.OverallApart from an inelegant time leap and a slightly drawn-out ending, this series packs in many high quality elements. Combining gung-ho action, comedy, ecchi, zany animation, and witty characterisation, Tengen Toppa Gurren-Lagann has something for everyone and is a safe bet for anybody looking for something accessible, all-round fun, and with a heart-stopping sense of adventure.

I normally don't write reviews, as I have a difficult time in expressing my opinions accurately and 7 out of 10 times some one has the exact opinion as I do so I feel there's no need to rehash old arguments. But in the case of Tengen Toppa Gurren Lagann, no one seemed to express the way I felt after watching this. Let me start by saying this show is easily in my top ten of overrated anime of all time. It's not that it's not watchable; its that everyone seems to think it's in the top ten greatest of all time (Yes I know I'm generalizing here). The animation was good; not great (there were some nice battle scenes though). Same for sound; good not great. The problem was with the characters and the story. The story was boring and pretty much non existent. Most of the critical reviews have stated that they would have rated it higher if it stopped after the first half. Funny thing is, there is virtually no plot in the first half. It's almost nothing but action to pull you into the second half where the plot resides. Unfortunately the plot was weak so it weakens any strength the first half brought to the table, as it essentially led nowhere. My biggest complaint about this show is the characters. So weak. So annoying. So 1 dimensional. Simon being the worst.  Now that I've been harsh, let me say that it's a decent anime, and I can see its appeal to others. What baffles me is the overwhelming praise for a show that is at best average. It's exciting and funny to watch at times, but it brings nothing new or stimulating to the table. With all its flaws I can't see how this show is rated so highly. I wouldn't have this show anywhere near my top 100, let alone the top ten I've seen in some rankings. 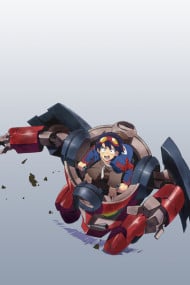 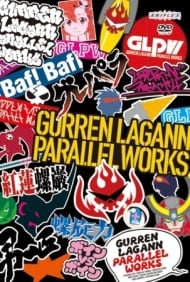 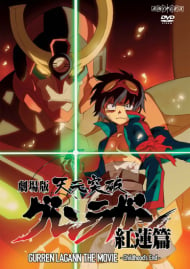 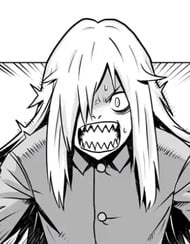 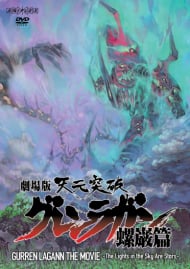 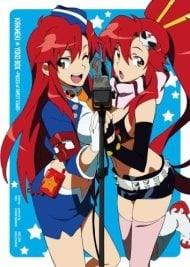 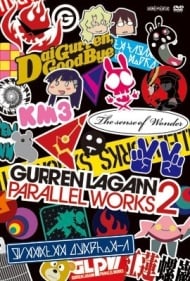 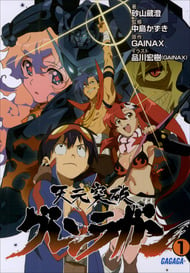 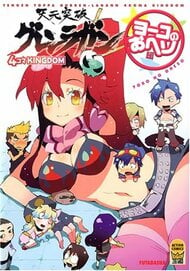 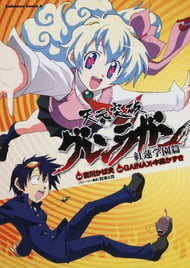 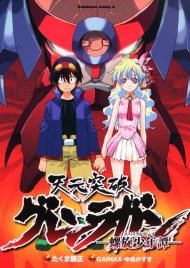 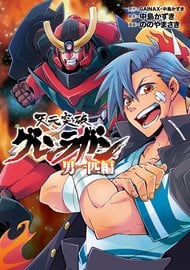 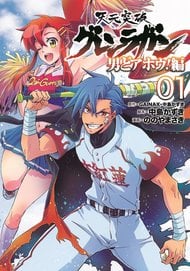 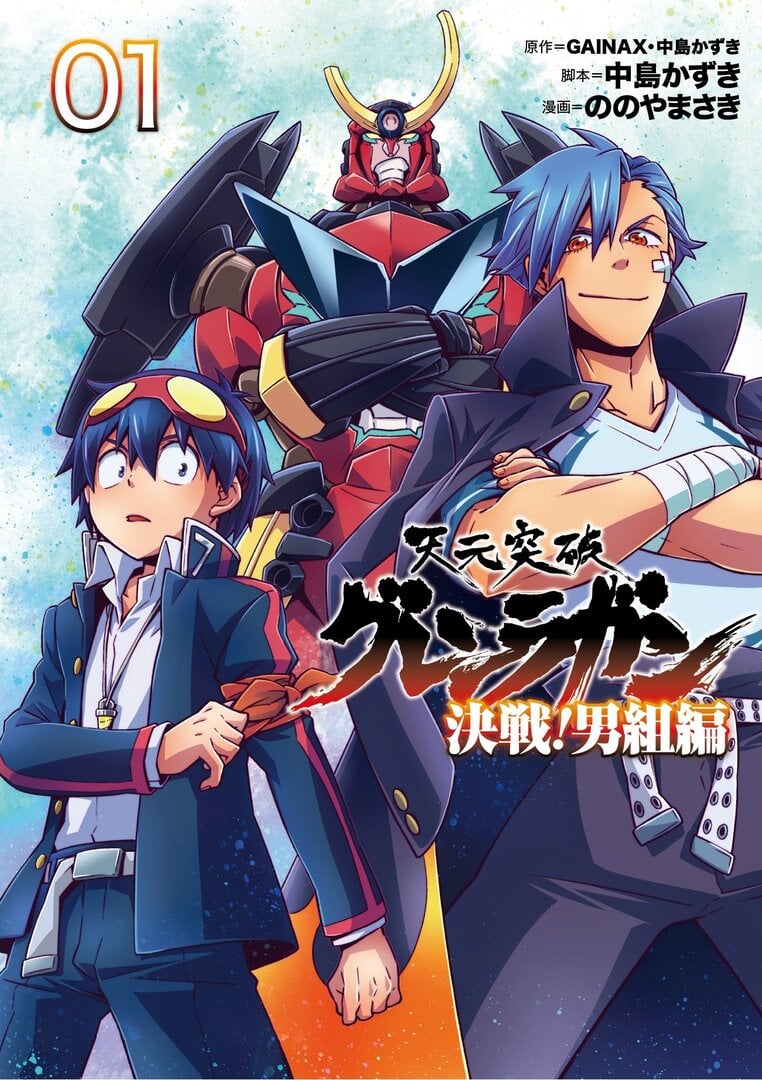