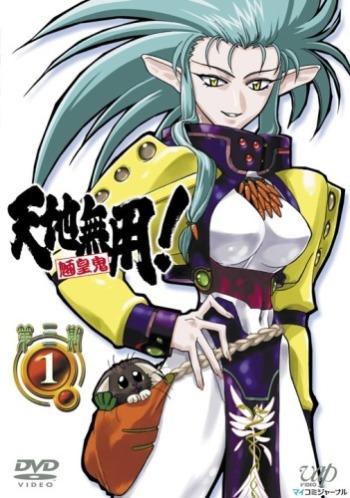 After two fantastically good seasons, this third one is where I think the Ryo-Ohki series drops the ball.

It's still the same premise with powerful ladies flocking to the plain and subdued Tenchi who does little else than farm carrots, but none of their previously stellar personalities make an impact anymore. Everyone's just sort of doing the minimum that their written personalities require, and it no longer has any effect on what goes on. It's just stale and tame slice of life with a couple of menacing cosmic plots.

The ending throws around some interesting philosophical ideas regarding the meaning of life and dealing with godhood, but the show treats it more like idle chatter, not elaborating or concluding anything substantial.

I'd say the first two OVA seasons were enough Tenchi Muyo for me.