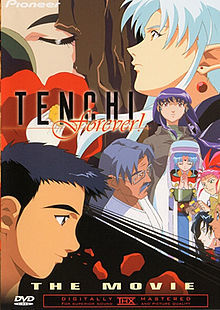 Soviet interstellar fleet is heading to a new world for humans to settle. Our protagonist has a goal. He is doing his best to become a part of the ruling class on the yet to be colonised planet while his peers are having fun in the Simulated Reality. But something wrong happens on the way there.

"The Planet of Squirming Insects" is another name for the arid planet Lilythea. In its wastelands dominated by the ecosystem called "insects" Primabella, a "bee," saves Lamritta, an "ant," who is attacked by worms. Lamritta calls her savior onee-sama, and the girls gradually become closer. But the history of an endless war between the bees and the ants drives a great wedge between them.

Otome no Harawata Hoshi no Iro

20 years ago, Weve Aliens arrived on Earth to search for marriage partners. Weve are perverted and love interbreeding. With their advanced technology, they have solved all the Earth's problems to do with the environment, food, and resources. Gen is a student at the prestigious Human-Weve school Shinryou Academy. Due to his late grandfather's words, he loathes Weve and believes that pure humans will eventually die out if something isn't done about Weves soon. However, Gen meets the Weve girl Mirika, who falls in love with him.

Niwa Tasuku working at Sanden Printing Company for 2 years now but still can't get along at all with with Yukino Tsumugi, a female colleague at the DTP temperament. Their colleagues try to 'break the ice' by inviting them out for drinks but later that night, they ended up in a love hotel. A strange "connection" is made between these two, one that would 'link' them during the most private thoughts and moments!

Set in a world that has a ring encircling the planet, there is a nation that follow the tradition of chasing the shadow cast by this ring. They go as far as the ends of both northern and southern edges of the continents to accomplish their 'shadow chasing'. For what reason? Who knows. What is known about this nation is that they have been able to preserve their small nation in so small part to their advanced understanding of the 'Corona Solids', which have been utilised to build an array of creations, most notably the 'hakukai armour', which enables its user to enhance their natural ability, as well as create weapons out of this special creation. However, it seems that a storm is brewing upon this nation...

A troublesome girl named Aun has stolen her village's holy item and has run away to marry a rock star; and because this sort of thing has happened before, her adopted brother Photon, a slightly clueless boy with superhuman strength, has been sent after her. Along the way he stumbles upon a naked rebel named Keyne (who, consequently, is being chased by a pervert who can’t seem to keep his clothes on); and Photon, not knowing the culture of the girl, accidentally engages himself to be married to her. Now, through a series of unfortunate events, the fate of the galaxy is now in the hands of Photon and his band of idiots!

On a world with no women, the surviving men have reintroduced the female in the form of an android. Called Marionettes, they are built to serve men and are limited in their interactions with humans. That is until a poor boy named Otaru Mamiya encounters a Marionette named Lime. Lime is a Saber model with a special circuit that gives her emotions. When Otaru awakens two more Saber Marionettes, his life as an 'average' man quickly becomes as extraordinary as the lives of his eager, busty new friends.