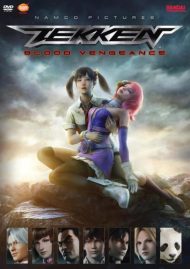 The Tekken franchise is amongst the most famous and entertaining martial fighting videogames but when it comes to stories, they plain suck. Most characters have a backdrop story alright but it is usually simple or doesn’t really head anywhere. Along the years it has also received three movie adaptations (so far) in an attempt to please the fans. One was a low budget production from 1998, which is considered to be one of the worst adaptations of all time because studio DEEN made it. In 2010 there was also a live action adaptation by dear old Hollywood and it is also considered bad for its very loose relation to the actual storyline, as well as the complete lack of characterization. Meaning, the characters all looked like pitiful frail gays instead of super GAR awesome ultra powerful martial artists who break a wall with a finger. And in 2011 we got the third attempt, this time a high budget full CGI movie. It is in overall far more entertaining than the previous two because they poured good money in it. It was made in 3D and by Japanese people, who are not part of that fakin piece of uber shitty crapfest studio DEEN or some mediocre predictable boring gaylord Hollywood studio. So it looks nice.Looking nice though is the only good it has because other than that it is one hell of a boring film. The last 25 minutes are cool for being non-stop super awesome action but the other 100 minutes before it are feeling like a torture. And it has nothing to do with the visuals or the soundtrack which are pretty well made and cool to stare or listen to. I am talking about the plot and the characters… and how retarded they all feel. The first scene is about Anna and Nina fighting for the nth time. Their actual duel is fine but you are just facepalming at how Anna could walk away from a truck that blew up spectacularly while she was in the driver’s seat at that moment, or how Nina could escape twenty soldiers who were aiming at her with laser with a simple air flip. It may seem cool but it is otherwise completely retarded. And as it turns out pointless as well because that scene offered absolutely nothing to the actual plot. They could have taken it out entirely and nobody would tell the difference. The second scene is about goofy school girl Ling Xiaoyu being late for school while riding her panda sidekick. As punishment she is threatened to be expelled from school, unless she agrees to become a spy for a sinister organization. Yeah, that makes sense…Her mission is to go to another school and find out what is going on with a young man called Kamiya Shin. While she is stalking him and even peeping him while he is naked in the bathroom, she meets another goofy girl dressed like a cosplayer called Alisa. They become friends as she too is curious to find out what is going on with him. So for about half an hour which felt like an eternity of boredom, they are having fun in school and do all sorts of silly stuff that have absolutely nothing to do with spying. And then they realize they are both spies working for opposite sides and have a fight too. Which was also completely useless to the plot because afterwards they make up and go to this lab and find all sorts of info regarding Kamiya. So at this point you are wondering why did they waste weeks in pointless goofing instead of just heading there at once. Or why were they even chosen as spies if they are so stupid they can’t even do something so simple. So after they find out the secret behind Kamiya, they go to meet him in a castle and for some unexplained reason everybody else knows where they are going and follows them there. And thus we have Heihachi, Kazuya, and Jin in the same room ready to fight each other for the nth time as well. So at this point you are wondering what was the point of all this spying when they could just find Kamiya right away and ask him what he knows. I mean it was an hour long build-up (months in-series) for something that could have happened right away.So to hell with the school girl and the cosplayer and all the fuzzy friendship stuff they exchanged so far. They were POINTLESS! Now we get to see the main fighters doing what they know best: Breaking stuff. And yes, the last 25 minutes are non-stop super cool action and I loved them for that. The story still made no sense though because all this time there was this huge spiritual power in a trunk that nobody knew about or was too busy to secure before they senselessly started punching each other. And wait a second; isn’t this the EXACT same thing that happened in the finale of the fourth game? These guys never learn from their mistakes, do they now? And after the battle, the movie is over. That’s it. It was basically two spars between some airhead chicks and then some uber brawl amongst equally dumb supermen. The story was barely there, the line of though made no sense, and the dialogues felt like they were all still in junior high. YAWN! Just skip to the last third of the movie and don’t pay attention to whatever they are saying. This way you will enjoy it to its fullest. Other than that, the movie is MEH! 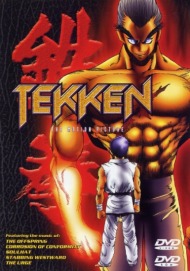