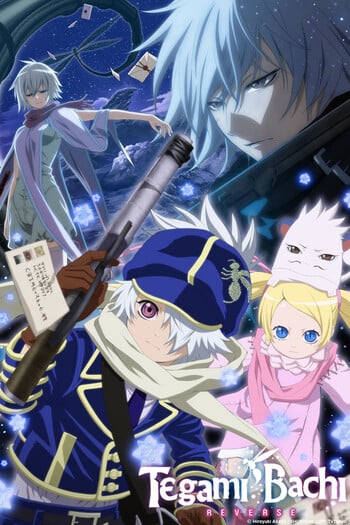 A person spotted Noir up in the northern reaches of Yodaka. Lag is ordered by the Bee-Hive Master Largo Lloyd to find out what Noir is up to, and he heads there with Niche and Steak. There he discovers a shell of what looks like a giant gaichuu, as well as a used cartridge which Noir left behind. Lag shoots his own shindan into the cartridge!

Two and a half years have passed since the end of Naruto’s old adventures. He has trained hard with Jiraiya-sama and has returned to Konoha to reunite with his friends; but Akatsuki, the organization that threatened Naruto years before, is on the move again and this time Naruto is not the only one in danger. With the powerful Akatsuki organization... 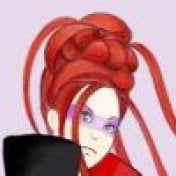 Both of these anime focus on chasing after a lost friend. Lag as well as Naruto is trying to bring back home his friend because they promised it to someone. Even though they suffer very much in they process, they're not giving up and try and try and try and try.

In both series you'll find humour and charming minor characters - one-eyed man with scars from his past, understanding boss and a person with a social intellect of a squash. And you gotta love them all.