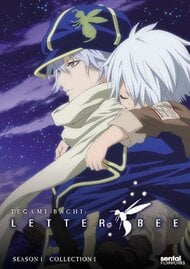 In Amberground, the land of eternal twilight, Letter Bees and their dingos – creatures trained to protect them – deliver mail to the general populace. However, unlike normal mail carriers, their job is perilous as they must traverse the country while fighting off the giant armored insects known as Gaichuu. One day, a Letter Bee named Gauche collects his latest delivery: a young boy named Lag Seeing, whose mother was taken under mysterious circumstances to the capital of Akatsuki. As the pair travels together, they strike up a friendship, but when they finally reach their destination Lag and Gauche part ways. Now, several years later, Lag is about to take the exam to become a Letter Bee himself so that he can meet with Gauche again and find out what really happened to his mother all those years ago. But before any of that, he must find himself a dingo...

The Letter to Jiggy Pepper

It has been a little while since I watched this series, but last night, as I listen to music on random trying to fall asleep, the OP for this series came on and I felt a need to write this review. I don't understand why either, but let's just go with it. This series brings together a lot of great elements: an original and interesting story, good artwork, good voice actors and good music, leaving the fact that this series was somewhat of a disappoint to be a stunning fact. Anyways, I'll get to the actual review.Story: This series focuses around Lag Seeing, a young boy living in the world of Amberground. While weaving a very interesting tale of Letter Bees, who deliver letters for a living, and fight off Gaichuu with the help of their dingos and soul shooting pistols. Inspired as a child by Gauche Saude, who delivers Lag as a letter, he becomes determined to become a Letter Bee, just like Gauche was. When he reaches this goal, he finds out that Gauche is no longer a Letter Bee, even though he was one of the best ever. And so the mystery sets in.  With such a great premise, the series seems set for greatness. Unfortunately, for about 2/3 of the series, they pretty much forgo this story and just have random slice of life, monster of the week delivers that Lag goes on. The ending strongly hints at a sequel, however, and, hopefully, the sequel will do more for the series. Since this is the case, I have split the story score in two: The actual story of Lag and Gauche, being amazing and original, getting 9 out of 10 and the crappy slice of life stuff that takes up a large part of the series, getting a 5/10.Animation: The animation in The Letter Bee is great, the characters are all original, the sceneries are gorgeous. There isn't much more to be said about the visuals other than they are well done, getting a score of 9/10.Sound: Many great Voice actors are put throughout this series, doing a good job of making the characters sound like they should. Although about 3 out of 4 sounds that come out of Lag's mouth are crying of some sort, Sawashiro Miyuki  still manages to let the viewer be able to tell a difference in each sob, be them happy, sad, or pain. Also, the first OP is awesome. Other than that, the sound generally fits how it should be, getting an 8/10.Characters: There is a wide range of characters in this series, many being fairly original, and many being great overall. Unfortunately, the main character... pretty much cries more than anything else. Despite this, I think the characters are, overall, pretty good, getting a 8/10.Overall: This series has some of the greatest and most original material I have seen recently along with great visuals and voice actors... but it falls into a very slice of life monster of the week form... completely killing itself for the majority of th series. That being said, overall, the series is somewhat good, and I think it will be able to produce a good sequel... if it doesn't become a monster of the week series again. This earns it a 7.5/10 overall from me. 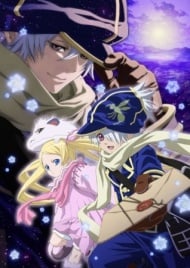 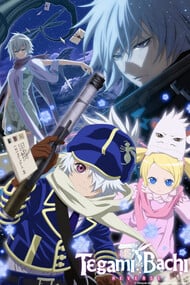 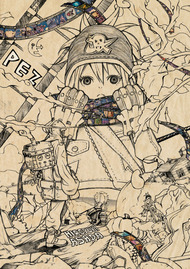 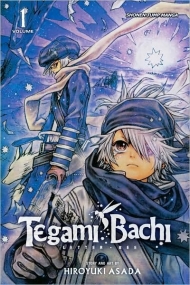