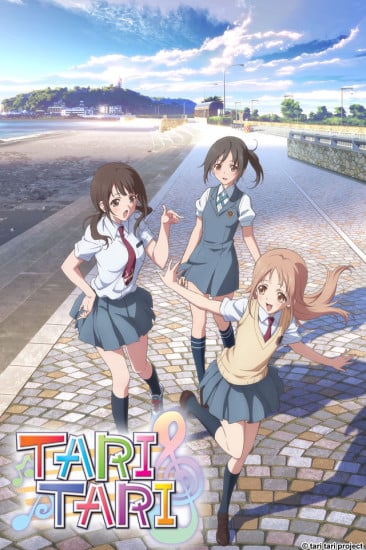 A very Tari Tari Christmas special, seems a bit out of place but original when it comes to a Holliday not often seen in Anime.

It’s finally the end of the school year and the members of the choir and sometime badminton club pay their last respects to their club room by giving a thorough cleaning, though Taichi feels like this is more of a self imposed detention.

They also continue to touch on Sawa’s dreams of moving to America in order to become a jockey, as well as her father’s objections, as he believes her lack of knowledge when it comes to the English language will cause her to be homeless and starving. Eventually her determination and desire to follow her dreams wins her father over, and he agrees to fund her endeavor.

Although Christmas is mentioned at the start of the episode, it really feels more like a unique way to point out how the school year is ending, also as an excuse to dress Wien up in a Santa costume and have the group sing.

This little special had all the same highs as the series itself, with the animation crew never skimping on the detail and beautiful drawings. The addition of a snow covered city added to the beauty of an already spectacular show.

There wasn’t any difference between this and the other episodes, but the extended choir song at the end was great, I can’t remember if it was one they sung in the series, but it did have a little resemblance to one of the greatest videogame songs of all time, Flowers Blooming in the Church, from Final Fantasy VII.

Considering the time, only about seven minutes of real content, there was almost no building of characters. The minute or so spent on Sawa showed us what we already knew of her, and what we could have seen in a second season.

While a cute and fun extra, this felt like a half episode, where they wanted to build on the club actually having their retirement ceremony, or at least a get together, but they only had the funds to make a portion of it.

Considering how good this series was I can see why they cut this, as not having a whole episode is a disservice to the viewer, though not having the subsequent seasons this show deserved is too.