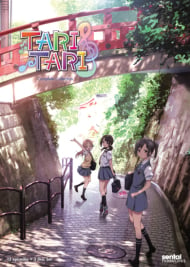 Getting Angry and Dancing

Throwing Away and Holding On

Spinning in Circles and Losing Sight

Worrying and Racing Ahead

Piling Up and Rippling

TariTari makes for a quick, gripping watch for a slice of life show.  Packed with character development, internal and external conflicts, and a lot of touching moments, it delivers in many ways that other slice of life anime fall short. TariTari is about a group of students entering their last year of high school coming together to celebrate music and sometimes badmitten. It's about their struggles to find themselves and to be accepted as they are.   Without including spoilers, it's tough to describe what makes it so good.  Where the series starts and where the series ends feels natural and a little bittersweet. It's easy to become attached to the characters because they are relatable on every level.  They each have their own desires, aspirations, and quirks that are easily associatable to people we know.  It's this type of development and relatability that makes TariTari so likable and memorable. My only complaint about the series is in the character designs.  Several of the characters had the same face.  For the first few episodes, I had to continuously remind myself that one girl has pigtails and the other doesn't because, other than a slightly different hair color, they look and (for the most part) act essentially the same.  Oddly enough, the supporting cast had a variety of character designs and unique attributes but the main cast looked flat and uninteresting.  Maybe that was part of the draw?  To make them look as average as possible?   If you're looking for something with a lot of feels, this is definitely the right show for you.  I'd compare it to a more somber and slightly more melancholy version of Love Live School Idol Project with all the caffine and sugar removed.

Warning this review may contain spoilers- Today my review is for the anime Tari Tari , now this is a truely beautiful 13 episode anime and if you havent watched it, watch it now. The storyline is extremely detailed and it has been put together with care. The whole idea was amazing in itself. But I wouldn't recommend it to you if you don't like drama, there is also a chance you would cry but maybe that was just me, it was that amazing. The animation was perfect for the genre and in most cases like the storyline, very detailed. The character designs were simple but still good. The music again fitted the genre really well but sadly didn't captivate me for some unknown reason. The opening was cute but the ending wasn't as interesting and I think this let it down slightly, but as I said it might just be me and my weird ways. The voice acting was perfect and I think that they chose the actors pretty well.  The character personalities were great for the anime, these characters just added to the emotional development put there by the show. In conclusion, this anime is amazing and like I said in the introduction if you haven't watched it, you should. It is truly remarkable and perfect for you who like drama. So overall I would give it an 8 out of 10 due to a few things, like it was slightly rushed into a 13 episode anime but other than that it is amazing. So thank you for reading. ~AngelBeatsYui~ 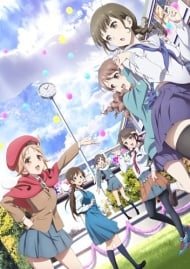 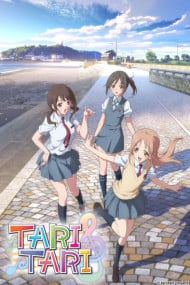 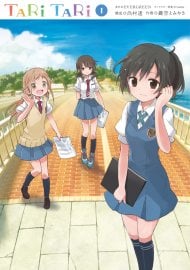