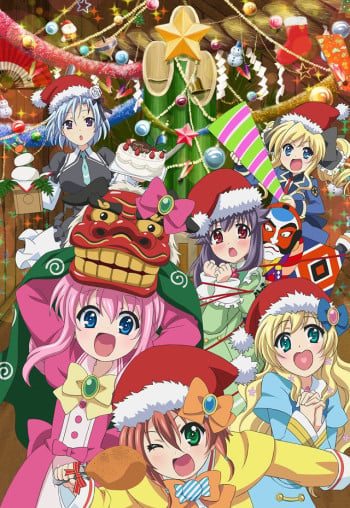 If you're looking for anime similar to Tantei Opera Milky Holmes: Fun Fun Pearly Night - Ken to Janet no Okurimono, you might like these titles.

Sin in the Rain

Kimura Yui has had a tragic life. After the traumatic death of her parents, Kimura has suffered yet another loss: her personal advisor, Kansaki. Now, lonely and distressed, Kimura wanders in the rain until she is harassed by two suspicious men – and subsequently is saved by an unknown benefactor while she faints and falls to the ground. Later, Kimura awakens in the house of her savior, the detective Takamizawa Kyosuke, who offers to help her discover the truth behind these murders…

"OVA Episode 00" will have two parts for a total of 50 minutes of video. The first episode will focus on the past between Kogorou Akechi and the Fiend With Twenty Faces, while the second will focus on the Boy Detectives Club before Kobayashi and Hanazaki met.

Japan is celebrating the upcoming World Sports Games, the world's largest sporting event, in Tokyo. The "Japanese Bullet," the world's first vacuum-tube super-conducting linear train, is built with the latest Japanese technology and timed to coincide with the WSG opening ceremonies. The train is set to run from Shin Nagoya Station to Tokyo Station at up to 1,000 kilometers per hour. However, a bizarre incident occurs during a party held by famous major sponsors, leading to a string of kidnappings of top executives. Conan deduces a possible link to serial abductions in the WSG 15 years earlier in Boston.

Kageman is a boy who wants to become the best detective in the world. Each of the self-contained episode features a fun guessing game and unriddling of a case.

A detective with the face of a butt, solving crimes and getting to the bottom of things.