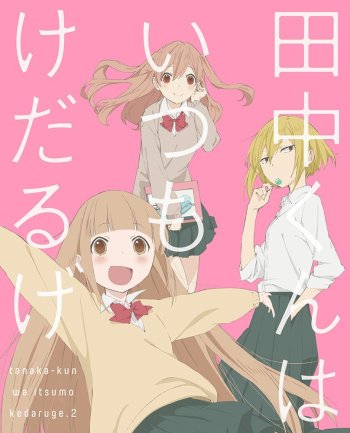 Each of these seven little clips deal with one character in particular and are loosely tied to episodes from the later part of the series.They don’t do much, story wise, but do add that little bit of extra incite into each character.

One plus is that they did dub these into English, which is often overlooked when it comes to DVD extras.

The music is more akin to what we’d have as background music, but it was still cute and fit with the theme of the series.

From each episode we learn more about Tanaka’s laziness (obviously,) how Oota often puts other’s needs over his own, the plus and minuses of Oota and Miyano’s heights, and other little tidbits that make you like all the characters more and more.

While it’s hard to rate a combined eight minutes worth of extras on par with the series itself, these didn’t stray too far from the main story to fall far behind. They were just that little bit of extra goodness for you to enjoy after finishing a delightful series.