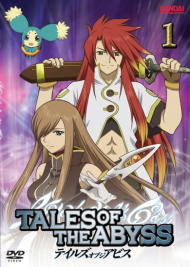 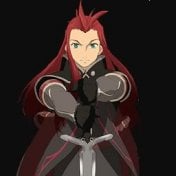 Now how to begin? Tales of the Abyss has been one of my favorite Tales of RPGs to date. It's good to see the anime of the game and now I will give my opinions on what I think of it: To start the review, here is the introduction video. This one is from the game since i cannot find any that relate to the anime. Story: To start off, the setting takes place on a fictional planet named Auldrant which is composed of six different elements called "Fonons". Respectively, these fonons are fire, water, wind, earth, light, and darkness. Eventually, a seventh fonon which represents sound was discovered and has the capability of reading the future. Yulia Jue used the seventh fonon to create the "Score" which foretells the planet's future and fate. On Auldrant exist two powerful kingdoms named Kimlasca-Lanvaldear and Malkuth. The two kingdoms have been on arms since the discovery of the seventh fonon and engage each other in many countless wars, some of which are predicted by the Score. Now the main story, Luke fon Fabre has been confined in his manor for seven years since his kidnapping by Malkuth. Luke has experienced mysterious headaches since then. During his training session with Van Grants, a young girl named Tear Grants attempts to assassinate Van but is stoped by Luke. A "Hyperresonance" occures between the two and are warped away from the manor. Both Luke and Tear have to work together to make it back to Kimlasca, unaware that they will be involved in a worldwide struggle to free Auldrant from the Score and save it from destruction. Overall, the story is nice and it's good to see that the producers haven't sacrificed the original story from the game. The only grudge I have on it though is that the story in the anime is rushed and unlike the game, it doesn't give you time to understand, especially if you are watching the anime without having played the game. Animation: The animation runs very smoothly and there seems to be no obvious flaws (well at least for me anyway). Not much to say for this section. Sound: Now don't get me wrong, the sound in the anime is good. The only exception is the music. Despite how good and perfectly orchestrated the themes are, it's a shame that they haven't reused the more memorable game themes such as "The Arrow was Shot!" and "Awkward Justice". The only memorable soundtracks reused were the opening theme "Karma" by BUMP OF CHICKEN and Tear's Grand Fonic Hymn. The sound effects are well done and there are no random sounds that seem out-of-place. The voice acting itself is very well done considering that the anime hasn't been dubbed yet. The voices never sound bad and are perfectly in sync with the lip animations. My favorite has to be Jade's voice. Characters: Well to avoid spoilers, I will mostly talk about the main protagonists. It's good to see that the characters' personalities haven't been altered from the game. Luke still complains, Tear is still is the bossy type, and Jade continues with his hilarious sarcastic comments. Otherwise, I liked the characters' personalities and development and the other characters will not dissapoint as well (except for one but I will not spoil the character). As for the character designs, they are very well done. It seems like the designs are slightly different from the game but still look good nonetheless. Overall: Tales of the Abyss is a very good anime rendered from the original video game. I highly recommend this anime to those who have nastalgia playing the game as it will bring back memories. To those who haven't played the game, not so much. 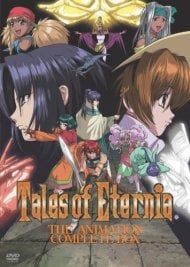 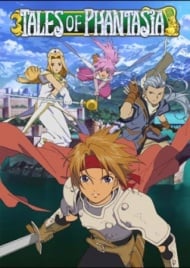 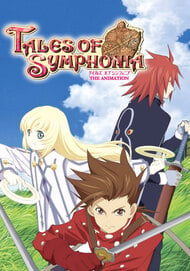 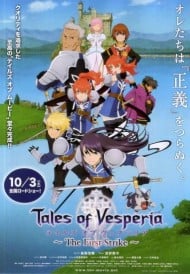 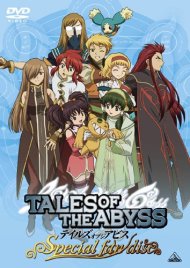 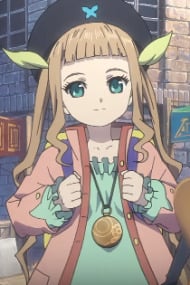 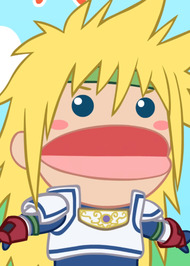 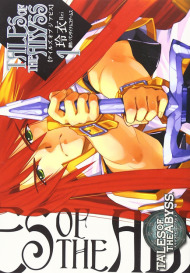 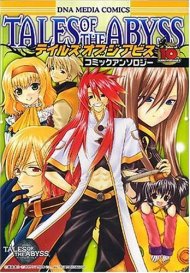 Tales of the Abyss Comic Anthology 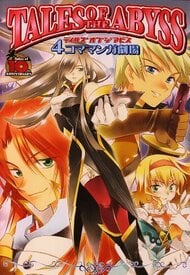 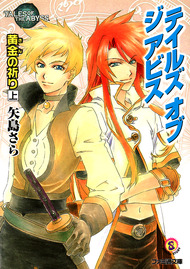 Tales of the Abyss: Kin no Inori (Light Novel) 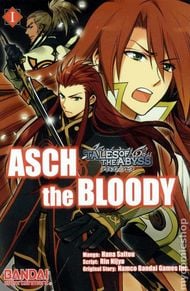 Tales of the Abyss: Asch the Bloody 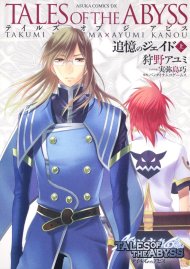 Tales of the Abyss: Tsuioku no Jade