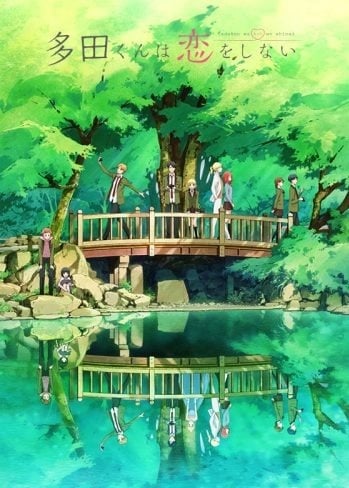 Mitsuyoshi Tada, a boy who has never fallen in love, encounters a lost transfer student Teresa Wagner. Everything Mitsuyoshi knows about love completely changes as he helps Teresa reunite with her travel companion.

I really enjoyed this anime and I HOPE there will be a second serie (or an ova). i think that a lot of things have not been explained, about tada’s grandad and his origins. I also wanna know more about the other’s relationship. i think there will be enough material to do a second serie, i need to know how it ends. my not-ten is for the actual ending: too much questions and not enough answers

I watched the dubbed version of this, and you're left confused by the accents. Two of the characters are supposed to be foreign, so they have accents when speaking english, except their accents are from different places (one from Germany, the other from Russia), but they're from the same place. Other than that, you can sort of see things coming, and nothing was a surprise. There's also a few arc's that go no where. Nothing comes to a conclusion. The ending could have been dragged out a bit longer for emotional effect... Thankfully it was a happy ending. Just not that great of a series.