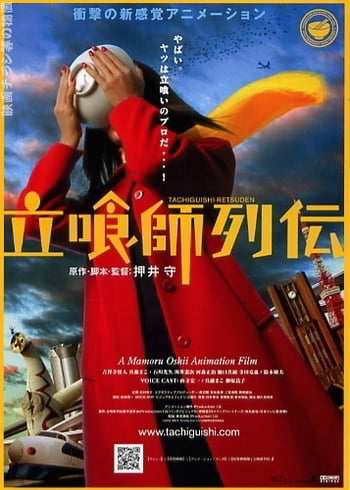 A samurai purchases a new sword only to find it is already dull. When he returns to the dull looking merchant to complain, something quite unexpected happens.

Momotaro, the human leader of an animal navy fleet, has given his animal vassals a mission to bomb Pearl Harbor (also referred to as Demon Island). The Canine, Monkey, & Pheasant units all volunteered to accomplish the mission in the honor of their own country.

Dimwitted Azuma Kazuma is a young man with a dream -- to create a bread worthy of the name "Japan", made by the Japanese people, for the Japanese people! With hefty bread-making skills, hands that have an uncanny warmth to help dough ferment, and will power like no other, Kazuma must put his delicious creations to the test as he struggles to become employed at the prestigious Pantasia bakery, for fame and glory! Yeast, beware... Kazuma is in the kitchen!

The relationship between servant and master has always been strained, but it’s even worse when the staff has to put up with their employer’s eccentricities. From the fearsome Masamune Date with his fetish for eye patches to the super-moe Motochika who has his employees swooning over him like a fanclub, the lords may be having the time of their lives, but their servants certainly have their work cut out for them. With the confused Shingen believing he’s fallen for his rival, Kenshin dancing around in a full-body “Bishaemon” costume, and the sadistic Kanetsugu reducing his fearsome master to a crying heap with insults, it seems that Feudal Japan is much livelier than the history books make out.