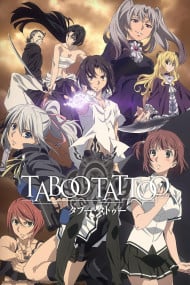 In the Palm of the Hand

I was deeply impressed and moved with this anime at the beginning, however my expectations dropped dramatically by episode five when this goes from an epic action anime, to what appears to be a jumbled mixture of stereotypical tropes. The part this began to die for me was when we find out that this "triggerless" tattoo has a trigger. Sooo it isn't even triggerless at all and everyone freaks out thinking it is. There is hints of ecchi within the anime but it is moreso fan service based just as the action is dead to nothing. Your typical "oh look I have power let's see if I can control it" spiel. You get a cast of characters who appear to have depth but overall end up lacking exactly that. This anime was such garbage that I had to stop watching and write this half-crapped review. Trust me when I say the details of the sheer stupidity and lack of integrity revolving around Taboo Tattoo is the only Taboo here.

Okay, so this is by no means the best show out there. I think you can tell that much from the cover image and description. Having said that, there are undoubtedly shows that are significantly worse, and in my opinion the main flaws of this series are individual aspects, rather than the series as a whole, or the general premise etc.The setting is fairly interesting; a sort of alternate-history present in which the Kingdom of Selinistan (pretty much always simply called 'The Kingdom') is another major world power with enough global authority to rival America, with its new leader set on global domination. However, the actual plot itself is by no means original. The protagonist is another version of the commonly occurring 'Hero of Justice' type, and later on there is a bit of a revenge twist, so nothing exceptionally original there. Also, as I'm sure is one of the main gripes of the series for many people, this series does not shy away from clichés, and you'll see a significant number of 'overused' clichés at regular intervals.I should like to point out however that this does not make a show intrinsically bad. Clichés exist for a reason, so I see no reason to crap on a show simply for that alone. The same goes for the relatively unoriginal plot. As long as it maintains enough energy to keep the story interesting, I don't think you can just disregard it for having the same sort of story as the dozens of shows before.One of the other main complaints I've seen a lot of is about pacing, especially about episode 5 having particularly poor pacing. To be completely honest, pacing is not something I often notice problems with (unless they burn through about 50 chapters in one episode (*cough* final episode of Brynhildr in the Darkness *cough*)), and especially with episode 5, I think this is more the timeless case of the flaws only being particularly noticeable to people that have read the source material before. I guess I can see instances in which things should have been explained better, but the problems are never so limiting that they interrupt enjoyment or overall understanding of what's happening.Now all that's out of the way, I'd like to focus on some of the series' stronger points.Firstly, the characters. I am not trying to deny how unoriginal the initial personality of the protagonist is, nor how the personality of most of the female cast just seems to be sex appeal at first. However, I think that throughout the show, you can see definite character development, particularly of the (arguably) main two characters, Seigi (the guy in the middle of the cover) and Izzy (the grey-haired girl on the left), which is more than a lot of similar shows manage.The strongest point of this series in my opinion is the animation. Whilst the colour scheme, particularly in the first few episodes, is very 'grey' and washed-out looking, the animation itself is almost always solid, particularly in the fight scenes. Of course there are weak points in the animation, as there are in about 95% of every anime ever made, but it usually makes the fight scenes feel very dynamic and powerful, and the sound design also supports this aspect a bit as well.I realise this went on for a bit longer than I was intending it to, but ultimately, I just don't think the ratings on here give an accurate representation of the show's quality. As long as you go into it being aware of the clichés and don't expect it to be exceptionally original, I think it's pretty enjoyable. Also the opening theme is amazing. \o/

Lets see, the story in this anime is somewhat promising. Its where a Middle Schooler named Akatsuka Seigi (haha justice) saves a homeless man from some punks and in return receives a tattoo when boom turns out this tattoo happens to be a weapon from america. Seigi was later pursued violently by a girl who happens to have a tattoo aswell. Though seigi may have learned martial arts from his grandfather, he may not last long in fighting others with tattoos. Now this anime portrays seigi who seeks strength so that he can protect those around him, having this tattoo gave seigi just what he needs but can he control it? The animation quality on normal scenes are really bad, you can literally count the frames. (srsly J.C staff what are you guys doing.) and that gave me quite an eyesore geez but the fighting scenes for some reason seem to be animated smoothly so I think this whole anime is based on fighting. A typical "shounen" anime.. The characters however are pretty interesting. I am quick to know what characters are like but for the sake of everyone else, I'll keep it a secret (Teehee). This anime is rated 17+ due to violence and profanity but I'm p sure no one cares bout age retrictions lmao. (<--rood). Other than VIolence and Profanity, this anime has a lot of ecchi scenes which I myself am not so happy about >_> but a little fan service for some people eh? The story from ep 1-6 is very bland to me. It has an aim but I dont see or feel anything from the first 6 episodes other than the small excitement you get from the thrills. The main character in my opinion is very biased and dramatic which is very annoying. And the main story of "Justice" is a good pick though the way the want to tell it, or how do I say this.. Show it in the anime? Is overly too much and you can easily get bored in every episode. Though this is my own opinion, those who are reading should watch the show for themselves as our opinions can vary amirite? Now this may be a dick move but... BUT if you are starting to watch from the first episode, Pay attention to every small detail (Will help you get clues or understand better ;) Overall this anime is "ok" atleast for me. The first episode already got me hooked and the story really starts in ep2 though I hope it continues to pike my interest rather than pull me in and leave me disappointed because at the moment, the story seems to slowly drift from being interesting to "very typical" and "boring". Anyone interested in shounen and shoujo, Supernatural, Super Power, Action and Thriller. This show has it all and more. Though the genre did not mention this but this anime has a lot of drama lmao. And the "comedy" in this anime is too stiff and forced. This review was RE:RE Edited August 8 2016 ~  Hope this review help (s)/(ed)~ 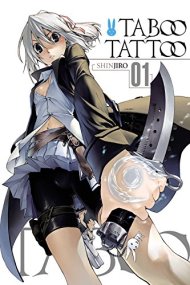