The long awaited second season of danmachi! It is actually more of a filler than an actual season. The content should be essential for fans to know more about the depth of the story. I enjoyed all the animation so far but the story can be flat at some time. Im a huge fan of Danmachi and I expect more of bell's story! This second season solely should be given a 7. But due to my huge fandom, I actually enjoyed it more that I should have, so an 8 would do for me!

I was waiting with bated breath for a season 2 of Danmachi and yet, when the actual season was aired I was left sorely disappointed. Here I was, hoping beyond hope, Bell's story would continue and we'd get to see how much he would grow and prosper, along with just how much Freya would become obssesed with him, and lastly how Zeus is his Grandpa.  Instead of that feast, I get the same story but from the Loki Familia's POV with a little more added in. Even worse? They used A LOT of footage from the previous season! They didn't even bother to make new content for some of it, for example- Bell's Minator Fight. The entire scene was straight out of S1 with the only change being  that it was cut. I was not a happy camper. Plus, to top it all off, they added in a totally new character and tried to insert her into S1 even though she was clearly not there. The addition of Lefiya just totally ruined it for me. Her becoming the new MC and supplanting Bell just made it all boring and shallow in my mind. What was the point? I almost gave up on watching it after the first episode, but then my brother informed me that Bell was in the latter half of the season more so I continued, thinking, "Oh, maybe it'll get better!". I was sorely mistaken. The only times we saw Bell, was when he was training, fighting the minator, and the one new scene with him, Aiz, and Hestia. That made me pretty said. All in all, I guess is was okay. The animation was great- except that they reused too much footage. The sound was really good, though a few things sounded a bit strange, but that's perfectly acceptable. The characters were disappointing and so was the story, in my opinion at least. Others might disagree and that is perfectly fine- you do your own thing and so will I. I just hope they come out with a Season 3 that continues Bell's story a lot quicker than this season took to come out! 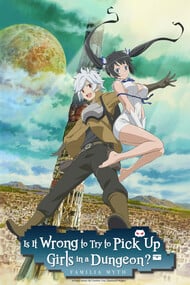 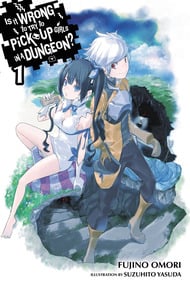 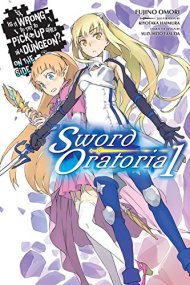 Is It Wrong to Try to Pick Up Girls in a Dungeon? Sword Oratoria 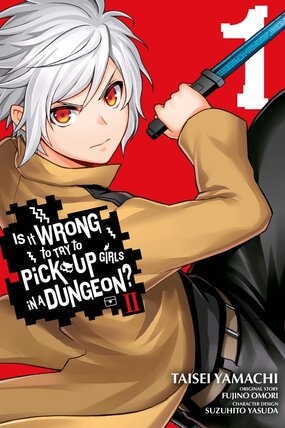