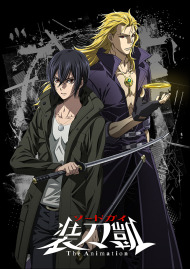 There are no spoilers, the summary tells about the first episode, what is going on, and to give some story. Summary: Sword Gai: The Animation is a Fantasy Action anime based around demon swords. Our anime takes place in a city of Japan and along the outskirts of the city. The anime starts with a group of men looking for a sword called Zsoltgewinn in a tomb, which at the same time Miura Takuma and Sieya Ichijo, who are part of the Shoshidai, a company that helps with eliminating Busoma and assisting Chrysalis with living on, are also looking for the sword. When they arrive the boss of the men shows up with the sword and Seiya has to kill him. Afterwards the sword is contained at Headquarters, but Takuma ends up lusting for the sword's power due to the weapon calling out to him. He obtains the swords and leaves the building after killing some of his own men. During this event it seems that another demon sword, Shiryu, is calling out for blood and a monk starts to perform a hama ritual, a ritual to purify the Shiryu. Mid way through the ritual it goes wrong, with one of the monks mistakingly touching the sword with direct contact of his blood and then goes on a killing spree. A woman named Wakaba, who is pregnant and father named Takashi are walking through an alley when all of a sudden takashi is slain by the monk, after the monk takes to the street to claim one more victim. He then comes to his senses and realizes what he has done and then is stabbed by Wakaba with the Shiryu, she then retreats to the alleyway. Wakaba starts to hear voices and decides to off herself, but not before having her baby. A man named Amon Ogata is walking through the woods when he notices Wakaba hung from a tree, afterwards hearing a baby crying. The child is clinging onto the Shiryu and the man believes it is the childs protector. The child is then named as Gai Ogata. Story: (6/10)The main story is about Gai Ogata, while the story goes on about him there are also 2 other subplots in the anime. It is a bit weird and confusing at first, but it isn't that bad and they are explained as well, just not as much as you would like. So I think that the anime is good and I can also see that the anime creators might have gotten the idea of Sword Gai from Toyko Ghoul with the near resemblence that humans turn into "monsters". The story is enjoyable and the concept of a demon sword taking over the human with the desire to kill and have power is interesting. Animation and Design: (6.5/10)The animation and design are great honestly, there are a few drawbacks when it comes to the fight scenes, like there could be more effects and such as that. At other points there was stuff in the background that I didn't even know what it was and was wondering where they were even at. Sound: (6.5/10)The sound is great as well, but sometimes it feels like the sound was too quiet. Characters: (7.5/10)The characters are pretty well done, since this is an action anime I am not used to what happens to the characters. Gai Ogata (Chrysalis, Weapon: Shiryu)1) Main character, story primarily focuses on him.2) Feels alone and sees the world in a darker perspective. Sayaka Ogata (Human)1) Main character, is Gai's sister through adoption.2) Cares about Gai and doesn't want him hurt.3) Doesn't understand how he really feels. Seiya Ichijo (Chrysalis, Weapon: Chakram)1) Main character, works for the Shoshidai.2) Is a type of mentor to Gai and takes him to the Shoshidai.3) Pretty laid back, but can be serious when he needs to be. Amon Ogata (Human)1) Secondary character, is Gai's father through adoption.2) Impacts Gai's life early in the anime.3) He is Gai's master in the art of swordsmithing katanas. Takuma Miura (Busoma, Weapon: Zsoltgewinn)1) Seconday character it seems, was originally affiliated with the Shoshidai.2) He is extremly powerful and it can be seen throughout the anime.3) He might become more important in the second season. Overall: (6.5/10)Overall I would say that Sword Gai: The Animation is a good anime, it isn't the best, but it isn't awful. Sword Gai is also a netflix exclusive anime and such like that I was impressed with the anime, not extremly impressed, hold your horses. The thing that really bugged me about the anime I waited till now to say, is that there is a cliffhanger. Now a cliffhanger at the end of an episode is okay, but a cliffhanger at the end of a series that won't be continued till the coming up summer is pretty bad. A lot wasn't shown or answered on what is happening by the last episode and this honestly dissapointed me and made me a bit upset. Another thing that bugged me was that the fights were pretty short and usually done within 30 seconds. So, hopefully they fix it next season, other than that I will definetly be watching it and see if it improves on its faults.

"Uhhh lmao eks dee , who would watch this ?" I can only see bad reviews on this anime , and why ? Because it doesn't have hentai , it doesn't have "romance , slice of life and high school" bs that everyone this day enjoys , this anime doesn't talk about some boring life of a random nobody that flirts with every girl he gets his chance , and then poof , just like that he finds a girlfriend with big chest and back , honestly , the anime audience today is the worst . This anime has some badass fight scenes , an interesting story and a bit of a sad one . If you guys don't like action just go watch your "slice of life" bs , don't just make a bad publicity to this good anime , for me , it has a 8 out of 10  . Good story , pretty good animation , the sound isn't bad either , the characters are pretty interesting , the main character might be a bit annoying , but it's because he suffered a lot .  <section class="pure-g scores"></section> 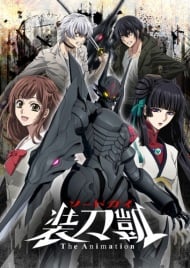 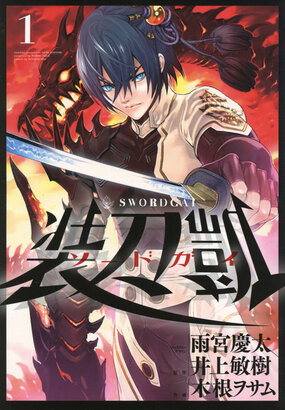 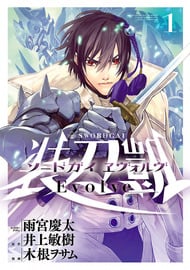