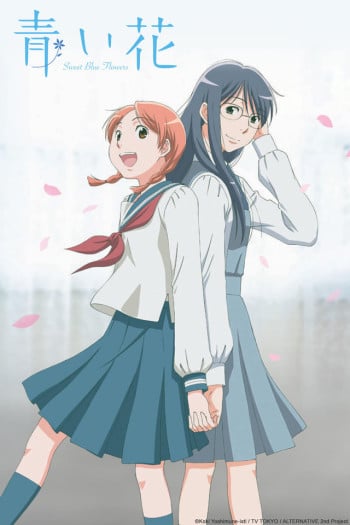 Fujigaya's school newspaper announces that Kagami Sensei is getting married. Kagami states that he had no prior knowledge of Yasuko's prior experience, after being cross examined by Kyoko. With all this going on, Yasuko has been giving Fumi the cold shoulder, and, unwilling to take any more of this, Akira confronts Yasuko on behalf of Fumi...

Youth is a Lovely Thing

When the Leaves were New

Shuichi Nitori is about to start middle school with a terrible secret: he wishes he were a girl and likes wearing their clothes. With the right outfit and his cute, effeminate looks, he is often able to convince people that he is someone else - or even something else. Unfortunately, although his best friend and object of affection, Takatsuki, accepts... 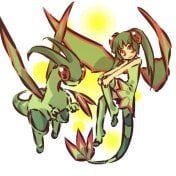 If you like Aoi Hana or Hourou Musko you're sure to enjoy the other as well. Besides being written by the same manga-ka, both of them deal with growing up and falling in love when you aren't quite sure who you are or who to fall in love with.

Are similar series, same writer, similar plot, but viewed from different view points. If you liked one, the other likes too. Both are interesting concepts, worth seeing.

Both anime have a very similar, high stylized art to them. Very dreamy use of over exposure with a water wash of color to pop.

These series are very similar in a sense that they provide that peaceful, quiet and relaxing atmosphere. A heartwarming watch. Whichever you decide to view, I am certain you would love the other.

Neo Venezia, the pride of planet Aqua, is a quaint city filled with canals and easy-going people. Many companies operate their gondolas on the canals, giving tours to tourists and locals alike, but the most famous of them is the Aria Company. Follow the adventures of Aria's young apprentice, Akari, as she learns the tricks of the trade from her beautiful...

If you enjoyed one show, you would definitely enjoy the other. They are both very very pleasantly peaceful and relaxing shows to watch, and the animation is very easy on the eyes. Great for relief from those wild color and guns ablaze shows.