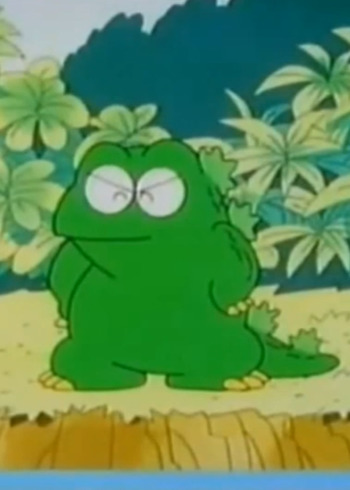 Being a villain is never easy, especially when you HAVE to be beaten by heroes in EVERY episode. Kaijuu Sakaba (literally "Monsters' Bar") is a place for exhausted tokusatsu monsters to relax and rejuvenate so they can have their butts kicked by superheroes next day.

A crossover episode between Tapuri, and Kaijuu Sakaba Kanpai!, to promote the Tapuri Card: a pre-paid taxi service card.

The story centers on Gomera, a monster who aspires to become fierce like his fellow giant creatures Godzilla and Gamera. Gomera has trouble achieving that goal because of his friendly and nervous nature.