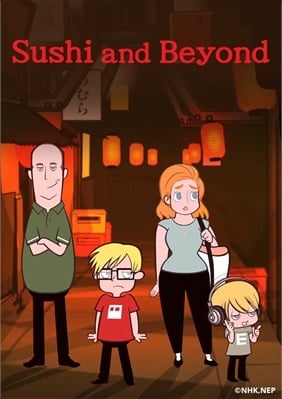 Completely Spoiler Free Review: Story: 1.5/5  This show can be divided into two parts. The animated part of Michael Booth and his family and a real life documentation at the end of each episode, narrated by Michael's friend Toshi. The animated part is about the father, a food writer, taking his wife and two little boys to Japan to eat Japanese food. All for research of course.  Most episodes start with either the son saying something ignorant and the father preaching about Japanese food or culture or the father wondering about something odd. Then they go somewhere to eat or where the food is produced and they learn more about it. In the end Toshi's documentation elaborates a bit about the topic of the day. That's it. Really interesting if you like Japanese food. Characters: 2/5 Wow, that's a handful. On one hand, there isn't much character development and considering the slice of life genre, that's perfectly fine. They all have distinctive characters, are written like real humans and have good points.  On the other hand, all of the characters have a really annoying side. The father is a smartass, the older son is not very smart, annoyingly so, and all side characters are practically caricatures. And I swear, if I have to see that smug face of the father one more time, I'm gonna punch myself blind. Toshi on the other hand is a smartass, too, but at least he knows his shit. Animation & Style: 4/5 Well, technically it's an anime, although it looks like a cartoon. You get used to it. The style is clear, the animation is fluid. Sometimes the animation bring out something nice, too. Nothing to complain about, if you get used to it. OP & ED: 4/5 The Opening and Ending are the same. No lyrics. Its sounds kinda like "adventures in Japan" and fits the show well. The score fits most of the situations. If the family learns something new that makes you overthink something in your life or your worldview, the music conveys exactly that. Nothing you would listen to in your free time, but it just fits. Voices: 4/5 I watched the english dub. Nothing wrong with the voices... mostly. The side characters, altough being caricatures, have voices fitting to the stereotypes. Toshi have a nice, smug voice. Michael has a not so nice, smug voice and the younger boy, Emil, has a serious problem of mumbling. Admittedly, English is not my native language, but it's the first time I didn't understand a fucking word of what that kid is saying.  Fanservice: 1.5/5 Of course there is an onsen epsiode in the end. You can see Michael and his sons running around in underwear two or three times. And Toshi's doku part of the onsen episode involves naked men in a public bath, so there's that. Enjoyment: 2.5/5 Each episode is a hit-and-miss. When they go over the top, it can get quite awkward. Sometimes the jokes and parts with his family are repetitive. Sometimes they are cute. You could cut the parts out and improve the show by 3 points.  BUT when it's about the actual food.. it's really entertaining. If you don't know anything about japanese food you'll learn a lot about it. If you do know your share, there's likely a few things you didn't know. Just keep in mind, they exaggerate the umami thing. BUT² the best part is the life action documentation at the end of each episode. It gives a really nice insight into japanese food culture. The footage itself is nice to see, too, if you're interested in Japan. Recommendation:  If you're really interested in Japan and japanese food, watch this. If you're only mildly interested and can't bear the awkward, over the top "jokes", skip the first third of each episode. Or just watch the documentation at the end. 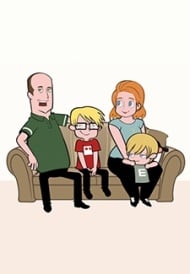