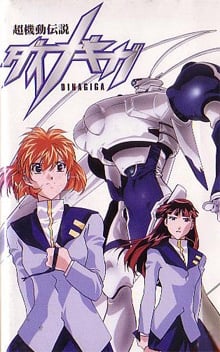 Touno Hikari, Inamura Airi, Unazuki Nao, Marie Vlaanderan, Tanakura Masao and Izumizaki Nana are six would-be pilots attending the robot training institute in Hokkaido. With the goal of gaining a robot license, the competition is fierce and the training is grueling in all kinds of weather conditions. But amidst the lighthearted teamwork, a great danger approaches Earth, and only the secret mecha Dinagiga and its x-genes-wielding pilots can destroy it! Only one question remains... who will be the pilot?!