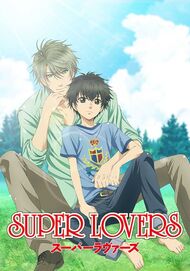 I had to drop this one, even though I love most Yaoi. I try to be open minded with everything, but I couldn't get past how young Ren looks in the beginning of the show. I know, most Yaoi is like this, but Ren just looks ... So young. I don't know if he gets older throughout the show, but I couldn't stick around to find out.

If you're into the BL genre, this is a good watch. Per se, it's less than average. What I mean is that I've watched quite a few BL anime, and the ones that are really good are only just a few - so given the overall quality of the genre, this qualifies as good.  The story is about a small boy, Ren, abandoned and abused, and his relationship with the son of the woman who takes him in. After the initial bonding period which takes place in Canada, the two are separated and are then reunited after 5 years when Ren, to fulfill the promise made with Haru, turns up unannounced in Japan stating his intention of wanting to live with Haru - while Haru doesn't remember him at all because of an accident he had shortly after returning to Japan from Canada. The development of the relationship between the two is initially hindered not only by Haru's amnesia, but also by his two other younger siblings who refuse to accept this new little brother. This summary might give you the idea of an overly serious or dramatic story, but I assure you it's not: the tone is nearly always light and comedic. The first episode was way above my expectations, it sets the story perfectly well and gets you interested in the characters. Haru, Ren and Haruka are all portrayed extremely well. Especially Haru comes across as one cool character with all the effort he puts into getting an abused and scared little boy to trust him. After this really good first episode, the quality of the anime goes steadily downhill; Haru, who initially seemed to be the strong point of the anime, appears now to be quite shallow and superficial. Which is a pity, considering how this character started off so well. Anyway, most of the following episodes are slice of life/comedy. Towards the end, the anime gets slightly better, but from a BL fangirl's point of view. The relationship between Haru and Ren gets developed slightly more in depth and there are a couple of interesting moments - but they're just hinted at. It's unmistakably BL, so I don't understand why they then have qualms developing it as such after they go to the trouble of starting it off as such. The characters are a mixed bag. Haru, as already said, starts off in a great way, but then increasingly disappoints. He's shallow and quite unaware of his own feelings or how his actions and attitude affect the other people in his life; he could have been developed much better and given more depth of feeling. Ren is a good character and portrayed well; he's this scared little boy who doesn't trust kindness in others and when he finally meets someone without ulterior motives capable of tearing down his defenses and showing him unselfish love and affection, he loves him quite unconditionally from that moment on. He's quite a moving character. I also liked a lot the two twin brothers, Aki and Shima; even though at the beginning they are quite off-putting and obnoxious, they develop into likeable characters and they made me laugh more than a few times: I would have liked to see more of them. Haruka is also a cool character. So in the charcater department, I'm sorry to say that the one lacking the most is Haru; that isn't to say that all the others would have benefited from more development, too. Animation is good and so is the sound. Overall, it's good for the BL genre as there is a story whose characters are portrayed well enough with also a tiny bit of character development. If you're not into the genre, you might enjoy it if your expectations aren't very high.

I can't believe that lots of comments are making this about age thing and I bet half of people that are so morally enlightened didn't read the manga where Haru actually waits for Ren to get older and it's mutual thing going between them. 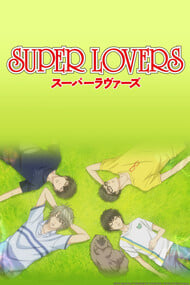 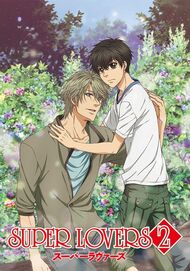 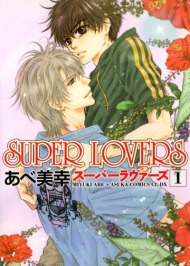