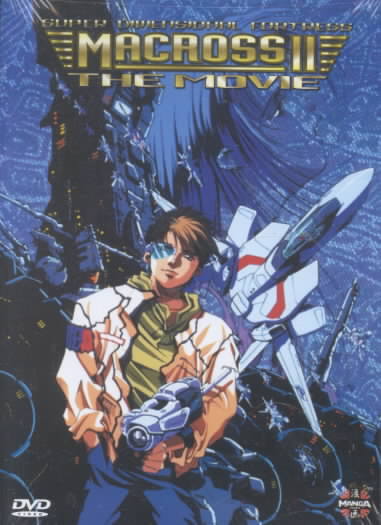 TL;DR This is worth watching if you liked SDF Macross.

Macross II is like the child that the parents didn't want. It contains elements of mahou shoujo and bad voice acting. Every other Macross series pretends that it doesn't exist until Macross Delta. That being said, it is a very satisfying watch. The opening is weak, but the ending is very solid.

I'm a little biased in favour of Macross things, but this one doesn't disappoint. It has original music, which can be heard independantly, characters that you will learn to like, and the action scenes are really good defying the budget with which the producers worked.

Story: So you have a new form of aggresion against UN Spacy, it is Zentradi controlled by Mardu. It is about how the Mardu know only war. It is a movie, I can't say more without ruining it, needless to say, this is Macross, expect giant battles in space, and songs.

Animation: the animation is budget, but it is very impressive in how well it still portrays the battle scenes within that limit. For effort 10/10, but final execution is still a bit lacking.

Music: the music is not written to just create mood. It has meaning and depth, and is satisfying as an independant sound track. The songs are not particularly amazing, and they didn't spend a lot of money on them, but they work well enough for the show. I mean, it is a 2 hour movie, and what they have works for that. It would be worth criticizing if they tried to use this material for a full series.

Characters: The characters have a rocky start. Each of them is just thrust into a position without any explanation to their motivations or personalities, but by the end they have shown enough of each person in action to make them feel real enough. A few moments where there is no prior hint of emotions or developments make it seem a little bit unreal, but overall, they work well enough for the purpose of this movie.